Backstreet Boys have revealed they are planning on recording new music later this year, and have signed a deal to perform 150 shows in the next three years. 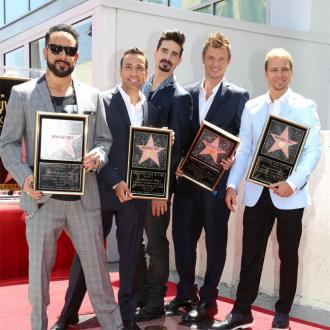 The five-piece band - featuring J. McLean, Howie Dorough, Nick Carter, Kevin Richardson and Brian Littrell - released 'In a World Like This' in 2013, and have promised to get back into the studio later this year.

They revealed: ''Our music is always evolving. We're getting ready to go back into the studio later this year.''

As well as a new album for their fans, the 'I Want it That Way' hitmakers admitted they recently agreed to a deal with concert promoters Live Nation to perform 150 tour dates around the world in the near future.

They added: ''We just signed a deal with Live Nation to do 150 shows in the next three years.''

The group - whose movie 'Backstreet Boys: Show 'Em What You're Made Of' will hit UK cinemas tomorrow (26.02.15) - added their best piece of advice for new boy bands is to always communicate with their bandmates.

Speaking on ITV's 'Loose Women', they added: ''Communication was probably the biggest saviour for us. We all came from individual backgrounds, but when you're in a team, it's not about 'I', it's about the 'we'. There's a lot of give and take, you have to become almost selfless when you're in a group.''