The Bachelorette the bachelor

Emily Maynard has faced heartbreak few people can understand, but it looks like she has finally found the right one.

Emily Maynard has been looking for love, and it looks like she finally found it. the bachelor and The Bachelorette star was "so excited" to become engaged as she and her boyfriend Tyler Johnson rang in the new year. "She was crying. She's super happy. He's her best friend," a source told E! News. "And Ricki absolutely loves him. She adores him. Emily is over the moon."

Ricki is Maynard's eight-year-old daughter from her first fiancé Ricky Hendrick, who died in a plane crash in 2004. Maynard has been engaged two other times, to The Bachelor’s Brad Womack and The Bachelorette’s Jef Holm. This time she seems to have found the one that will last.

Maynard and Johnson met at church last year, and the future groom reportedly asked both Maynard's father and Hendrick's parents for permission. Because of her previous engagements, the Bachelorette didn't want to jump into anything.

A friend said she wanted to "hold off on getting engaged again until they are very, very sure and very close to marriage," according to the Daily Mail.

Ricky Hendrick was a NASCAR driver who was 24 when he died. Maynard didn't discover she was pregnant until after his death, and was understandably worried about moving forward afterward. 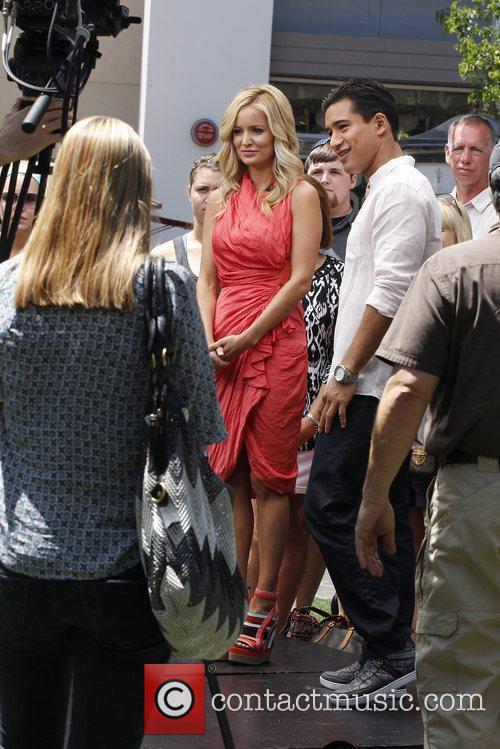 Maynard hasn't yet said anything publicly about the engagement, but did tweet cryptically about her life just after the new year.

"Does anyone remember the show on Vh1 called Best Week Ever? It may still be on.. I quit watching now that Flavor of Love isn't on anymore. Don't judge," she said. "Anyway, all week I can't help but hear that crazy guy scream, 'Emily Maynard is having the BEST YEAR EVER!' over and over in my head. Crazy? Absolutely. True? Every bit. Seriously, we're only a week into 2014 and it has already been one of my best yet! More on that on another day ;)"