August Alsina: There's no bad blood between me and Jada Pinkett Smith

August Alsina insists there's ''no bad blood'' between himself, Jada Pinkett Smith, and Will Smith, after he claimed to have had an affair with Jada. 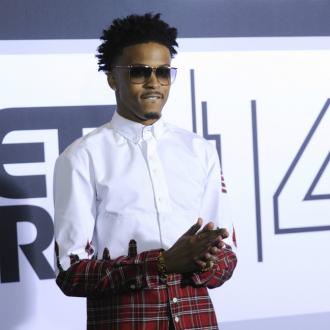 August Alsina insists there's ''no bad blood'' between himself, Jada Pinkett Smith, and Will Smith.

The 27-year-old rapper claimed earlier this month during an interview with Angela Yee he had an affair with Jada after getting the ''blessing'' of her husband Will, but his allegations were denied by Jada.

Later, Jada and Will appeared on an episode of 'Red Table Talk' to admit Jada had been in a relationship with August despite originally denying the rumours, but they both maintained that Will never gave August his blessing, because he was actually separated from Jada at the time.

And now, August has responded again to say he doesn't ''have an issue'' with Jada or Will, as he still sees them as ''family''.

August's claims forced Jada and Will to admit they had endured a brief split in their 23-year marriage, which they discussed on Jada's Facebook Watch show.

Speaking to Jada, Will said on the show: ''I was done with you. We decided that we were going to separate for a period of time and you go figure out how to make yourself happy and I'll try to figure out myself happy. I really felt like we could be over.''

The 48-year-old actress admitted she ''got into a different kind of entanglement'' with August, but maintained that Will, 51, never gave the rapper his ''blessing'' for the romance to take place.

Jada said: ''It was a relationship. I was in a lot of pain, I was very broken. In the process of that relationship, I definitely realised that you can't find happiness outside of yourself. Luckily enough, you and I were also going through a process in a much different matter. I would definitely say we did everything that we could to get away from each other, only to realise that that wasn't possible.

''I just wanted to feel good. It had been so long since I felt good. It was really a joy to help heal somebody.''

When Will and Jada began communicating again, Jada claimed August ended their relationship.