August Alsina has insisted he spoke his ''truth'' when he claimed Will Smith gave him his blessing to have an affair with Jada Pinkett Smith. 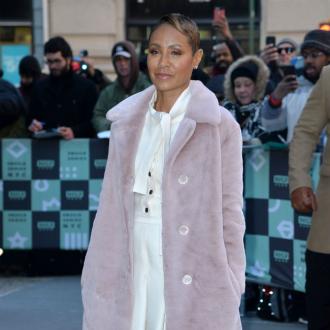 August Alsina has insisted he spoke his ''truth'' when he claimed Will Smith gave him his blessing to have an affair with Jada Pinkett Smith.

The 27-year-old rapper claimed earlier this month he had an affair with Jada, but insisted he got the permission of her husband Will Smith before the relationship began.

Following his claims, Jada initially denied the rumours, but later confessed to having romanced the rapper - although she claimed it was during a brief split from her husband Will, and maintained that no ''blessing'' was given.

And now, August has responded to say he hasn't watched the episode of 'Red Table Talk' in which Jada discussed the relationship, but insisted his version of events are true.

He said: ''﻿I have people who've seen it. I saw small clips floating on Instagram and kinda backed off Instagram. But it's definitely been brought to my attention by people around me.

During the episode, Jada described their romance as an ''entanglement'', and August admitted he ''agrees'' with the term.

He told Vulture: ''﻿I don't know why that word is such an issue. I would agree [with Jada]. If you look up the definition of 'entanglement,' it is a complex and difficult relationship. It was exactly that. I think it's just the language that probably stuck out to people. But I definitely have to agree with it being an entanglement. It definitely was something complicated, a complicated dynamic.''