Arlo Parks wins 2021 Mercury Prize for Album of the Year

Arlo Parks has won the 2021 Hyundai Mercury Prize for Album of the Year for her debut record, 'Collapsed in Sunbeams'. 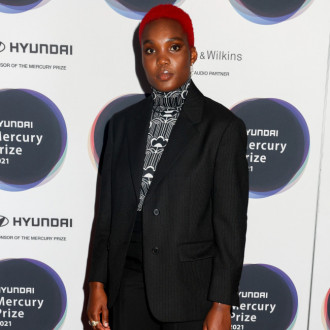 Arlo Parks has won the 2021 Hyundai Mercury Prize for Album of the Year.

The ‘Hope’ hitmaker was named the overall winner of the prestigious music award during Thursday’s (09.09.21) awards ceremony, which she was awarded for her debut album ‘Collapsed in Sunbeams’.

As the winner, Arlo received a winner’s trophy and a cheque for £25,000, before she also performed a song titled ‘Too Good’, which was taken from the winning album.

The judging panel said of their decision: “It was extremely difficult to choose a winner of the 2021 Hyundai Mercury Prize. There were so many strong albums, of such diversity and character.

“But in the end we decided that Arlo Parks was an extremely worthy winner. Addressing such complex issues as mental health and sexuality with real empathy, displaying a lyrical wisdom that belied her 21 years, with 'Collapsed In Sunbeams' Arlo Parks has created an album that has captured the spirit of the year in a positive, forward thinking fashion.

“It has the ability to reach out and remind a wider audience of the timeless art of the album. Arlo is an artist who connects deeply with her generation and reflects the plurality of contemporary British life.”

Arlo beat off competition from the likes of Wolf Alice, Celeste, Laura Mvula, Berwyn, Ghetts, Hannah Peel, Nubya Garcia, Sault, and Mogwai to be named the recipient of the Mercury Prize.

Nominees for this year’s award were all invited to take to the stage and perform tracks from their nominated albums throughout the evening, while there were also short films shown about the albums by Sault and Floating Points, Pharoah Sanders and The London Symphony Orchestra.

The Mercury Prize award ceremony was broadcast on television by BBC Four, and on radio by BBC Radio 6 Music.