Arlo Parks, Inhaler and Bree Runway are among the 10 artists to make the MTV Push UK & IRE 2021 shortlist. 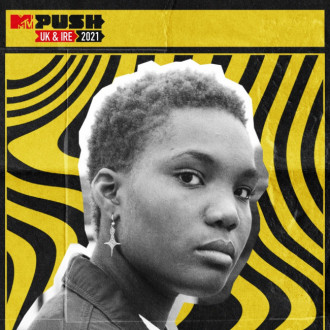 Each year, MTV chooses 10 artists who are destined for big things, and this time they've selected the likes of 'Cola' hitmaker Arlo, Dublin rockers Inhaler and rapper Bree to compete to be crowned the overall winner of the MTV Push UK & IRE 2021 title.

Arlo said: "What a wonderful honour to be one of MTV’s 10 Push artists! To have this level of support for my creative vision this early on means the world."

Bree commented: “Wow, such a big honour to be a part of this list. MTV played such a big role in my childhood and heavily contributed to my perception of what a true pop star is, I was always glued to the TV with MTV on heavy rotation, tuned into the greats, hoping I’d be living out my dreams like them one day, and here we are.”

Inhaler - who are fronted by U2 legend Bono’s son Elijah Hewson - said: “We are over the moon to be nominated for MTV PUSH UK & IRE 2021. MTV’s been a big part of our lives where we’ve discovered some of our favourite artists so to be nominated for this is very surreal."

'Cotton Candy' hitmaker Yungblud was this year's winner and as part of the campaign he got to perform to a global audience at the MTV EMAs earlier this month.

Anna Karatziva, Head of Talent and Music, MTV UK & IRE, commented: “We have been blown away by the diverse and creative music talent that is coming through the UK and Ireland despite everything we have been through this year. This is a testament to the industry and all those who work within it. We are excited to be launching our MTV Push UK & IRE 2021 campaign to continue our support of new talent. We have had an incredible partnership with YUNGBLUD, our 2020 winner, culminating with an award and live performance at the global MTV EMAs. We can’t wait to see what comes next."

YUNGBLUD - whose real name is Dominic Harrison - added: “Like the rest of the world my year has been pretty crazy, but one thing is for sure, since being named MTV Push’s 2020 winner – I’ve had some unreal career changing experiences. Thanks for everything MTV ... can’t wait to see who is nominated this year and is set to take my crown."