Some of the best lines from Pirlo's new book, 'I Think Therefore I Play'

Andrea Pirlo became a football hipster’s pin-up when he grew a beard and left A.C Milan for Juventus. His languid, all-butter midfield play dictates friendlies and World Cup knockout rounds alike, and his ‘facials’ – as Rio Ferdninand likes to describe them – narrate the inner workings of his intuitive footballing brain. Andrea Pirlo has always stood out from the crowd - photo: Getty 2008, Giuseppe Bellini

Footballers tend to write books in the twilight years of their careers; Michael Owen wrote one and it was mostly about horses and that goal against Argentina. But Pirlo’s seems different: the 35-year-olds eloquence on the ball seems to have been matched with his pros, and here are seven of the best quotes from his new autobiography, ‘I Think Therefore I Play’.

“I strike dead balls alla Pirlo. Each shot bears my name and they’re all my children. They look like one another without being twins, even if they do boast the same South American twins.” "I'm also a bit Brazilian. When I attempt free kicks I think in Portuguese. Then I celebrate in Italian. ... I studied (Juninho). I gathered CDs, DVDs, and even old photos from his matches and eventually I understood. It wasn't an immediate discovery. It took patience and constant dedication."

Pirlo on the merits of the Sony Playstation:

“After the wheel, the PlayStation is the best invention of all time. And ever since it’s existed, I’ve been Barcelona, apart from a brief spell way back at the start when I’d go Milan. The head-to-heads with ‘Sandro [Nesta] were pure adrenaline. I’d go Barcelona and so would Sandro. Barça vs Barça. The first player I’d pick was the quickest one, Samuel Eto’o, but I’d still end up losing a lot of the time. I’d get pissed off and hurl away my controller before asking Sandro for a rematch. And then I’d lose again.” Pirlo on the perilous heights from which a footballer can fall:

"Take someone like Antoine Cassano. He says he's slept with 700 women in his time, but he doesn't get picked for Italy any more. Deep down, can he really be happy? I certainly wouldn't be."

“We also need Mario Balotelli. I’m not sure he really appreciates it yet, but he’s a special kind of medicine, an antidote to the potentially lethal poison of the racists you find in Italian grounds... Whenever I see Mario at an Italian training camp, I'll give him a big smile." “If I look in the mirror when I get up, or before going to bed at night, I see a man of average ugliness. With stubble, an unruly mane of hair, a squint nose, slightly protruding, ears and bags under my eyes. But I also see a man who’s completely happy with the figure staring back at him.”

“I don’t feel pressure … I don’t give a toss about it. I spent the afternoon of Sunday, 9 July, 2006 in Berlin sleeping and playing the PlayStation. In the evening, I went out and won the World Cup.”

I guess now the only thing left to do is tell you to go and buy Pirlo’s book, immediately. 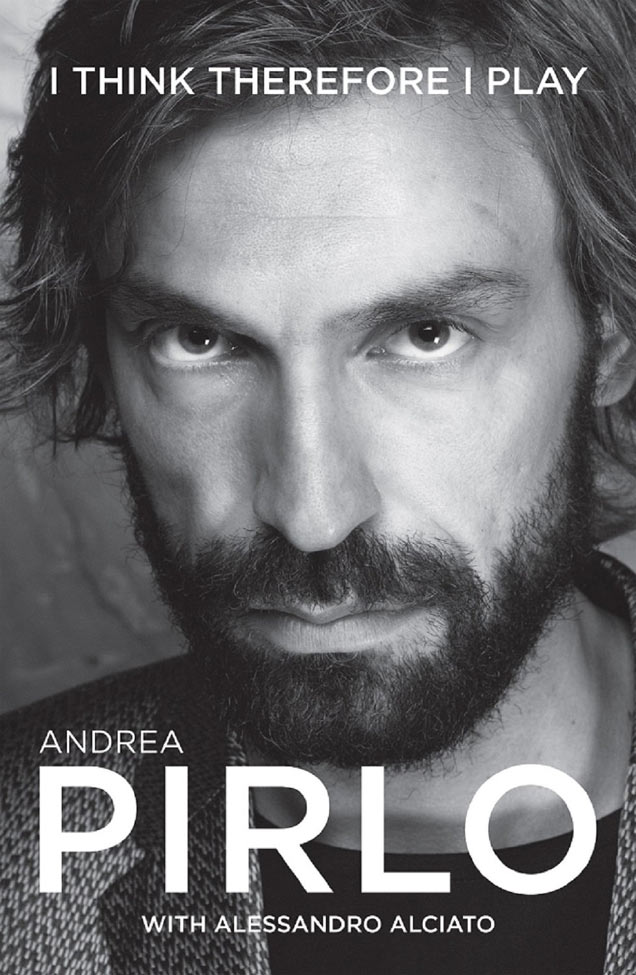