Alex Bayly is set to perform a free show at Two Tribes Brewery in London tonight (April 10) for the Big Indie Big Nights event in association with DIY Magazine, and attendees will not be disappointed to hear his brand of alternative folk. He speaks to us following the release of his new single I'll Never Leave You. 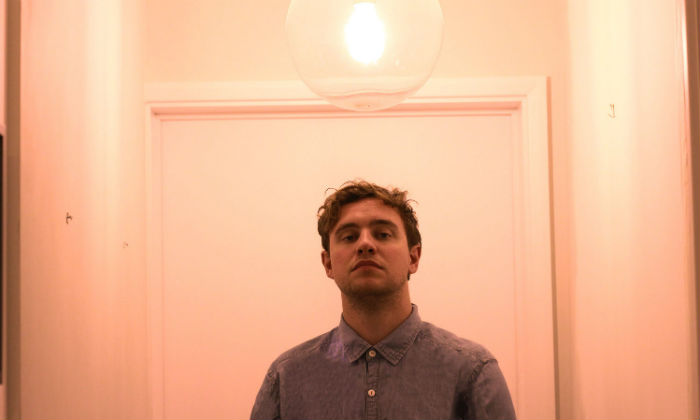 I would describe my sound as alternative-folk with a bit of Americana. I'm influenced a lot by artists like Andy Shauf and Kevin Morby.

Up to now, I have pretty much been self sufficient and very DIY, I write, play and produce all my own music as well as trying to do self promotion and set up a live band.  It's rewarding but hard trying to fit everything in. Big Indie who have released my new single have been great and really supportive.

I think it's tough but I do it because I am passionate about making music and it's cathartic for me too. I definitely think the industry is busier than ever, there is so much more music being released now than previously and it's harder to break through.

It's important as a solo artist I think, but at the same time it's also important to be open to feedback and outside support. I've also played in several bands which were collaborative and I enjoyed that.

I've just finished writing and recording my debut album, which I'm going to be releasing later this year. For that I drew a lot of inspiration for the lyrics from real life situations, friendships and the people around me. I try to keep my lyrics fairly ethereal and I like lyrics which can mean more than one thing. Musically, I am influenced by a lot of British 60s music like Nick Drake, David Graham, although "I'll Never Leave You" is influenced by US garage rock bands like Parquet Courts.

I'd love to collaborate with someone like Kevin Morby or Andy Shauf. Although on my forthcoming album I have collaborated with a few different artists including Jamie and Rachel from The Last Dinosaur, Rosie Jones from the Worry Dolls and Danny Greewood AKA Laish.

I got my two front teeth knocked out accidentally on my 21st birthday!

This year, my next goal is to release my album on vinyl. Beyond that I would like to keep releasing music and touring for as long as possible.

I'd like to be touring and playing festivals next summer.

I've got various gigs including a free London gig at Two Tribes Brewery on Wednesday 10th April and I'll be releasing more music as well.