Album of the Week: 25 Years Since 'Cure for Pain' by Morphine

This week we revisit one of the most underrated alternative rock albums ever: 'Cure for Pain' by Massachusetts trio Morphine, released on the independent label Rykodisc 25 years ago. An experimental record that propelled Morphine to cult status, it remains an influential record for the alt-rock genre. 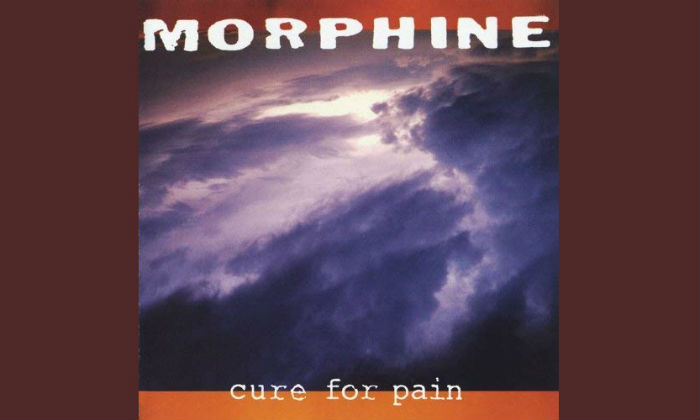 Released in 1993, the album was the critically acclaimed follow-up to the band's debut record 'Good', released the previous year, though this saw them properly come into their own as a rock band. That much was a surprise, given the huge disruptions during the album recording.

Drummer Jerome Deupree left before the album was finished, which left the band to replace him with Billy Conway for three tracks. Conway would go on to be the primary drummer for the rest of their album catalogue, with the exception of their fifth and final record 'The Night'.

The album has found its way into various corners of pop culture; tracks 'Sheila' and 'In Spite of Me' featured on the soundtrack to David O. Russell's 1994 black comedy 'Spanking the Monkey' starring Jeremy Davies, and the 'Thursday' video even featured in a 'Beavis and Butt-head' episode. Other songs have seen appearances in 'The Sopranos' and 'Daria' - so the fact that it's an underrated classic is far from a subjective observation.

As of last year, the album has sold a fairly meagre 661,000 copies domestically. The seamless blend of smooth jazz with indie rock was never going to be a mainstream fixture, but for those who enjoy a genre-bending experience, Morphine were a breath of fresh air.

More: Last week's Album of the Week was Gary Numan's 'The Pleasure Principle'

The album was co-produced by frontman Mark Sandman and Paul Q. Kolderie, the latter of whom is known for his work with the likes of Belly, Hole, Radiohead and The Lemonheads. 'Cure for Pain' was followed by 'Yes' in 1995, and the band would go on to release two other albums before they disbanded in 1999 following Sandman's sudden death from a heart attack at the age of just 46. RIP Mark Sandman!