Former school mates Alberteen celebrate the release of their latest album, 'Lowenva' by chatting about Serge Gainsbourg and gigging in public toilets!

After more than a decade together Alberteen have just released their fourth album, Lowenva via their own label, 'Rhythm and Noir'. It's the band's first release in nearly two years and follows Alberteen vs Comma Period, a two track release from March 2019. Lowenva was written and recorded by the three original members John Rose, Phil Shaw and Ade Berry between March and October of 2020 and incorporates the use of clarinets, saxophones and even theremin into their familiar "retro chic" mix. The new nine track album is a positive move on from 2015's Miss World and comes more than thirteen years after the band's debut album, 'It Felt Like Forever'. Contact Music caught up with them following the release of their new record. 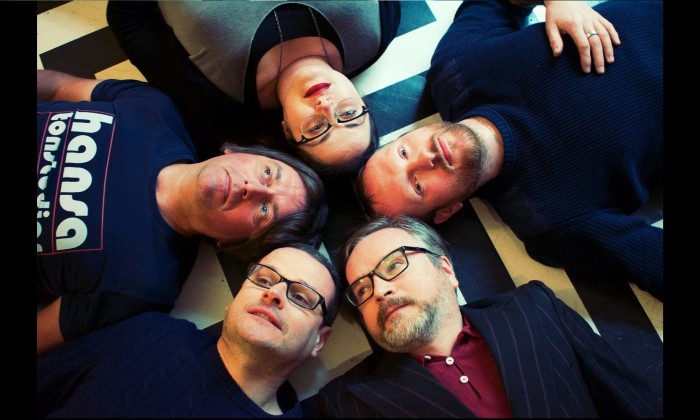 Well we pretentiously invented our own genre as we got bored with trying to explain it! Rhythm and Noir - 60s R and B beat influences with 21st century cinematic sounds,  that sums us up.

Not getting the gigs, not getting as much airplay as we'd like, not getting paid, mediocre bands getting more attention than us... the usual.

We are lucky in that we all have other jobs so it's never been full time, but it's difficult without a huge PR budget, is what we know. We have been together as Alberteen for ten years now and find it hard to maintain the exposure, so people might occasionally forget us.

Totally, and it's never a question. It's why we set up our own label.

Nature, art, society, politics, we once said 'births, weddings and funerals' - all of life's rich tapestry. Music obviously but try not to replicate our influences.

We would all have different answers. One of us hates The Beatles and two of us love them! Let's say...Serge Gainsbourg crossed with Prince, soundtracked by John Barry.

We went to the same school, and formed a band on a single bed with a guitar, drum machine, bass and Casio mini keyboard. We played a gig at a miner's welfare social club to loads of blokes who'd probably expected stand-up comedy, and also in a public toilet. Oh, and under a nuclear power station.

To not take another 5 years to release our next album...we have another 10 songs ready to go, so expect more soon.

Alive. In a pub. Together.

Probably no gigs alas. Not going down the lockdown stream thing either as we are all over the country. A new album though. Yes definitely. It’s been a creative time despite everything, got us through a lot together.