Lanvin's head designer Alber Elbaz will receive an honorary doctorate from the Royal College of Art on Friday (27.06.14). 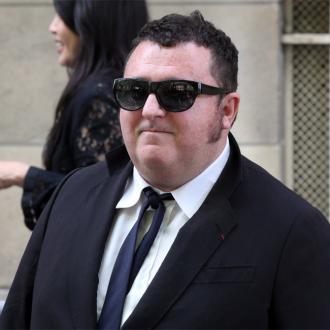 Alber Elbaz will receive an honorary doctorate from the Royal College of Art.

Lanvin's creative director is set to be recognised by the prestigious London institution for his impressive contributions to the fashion industry and culture worldwide.

The ceremony is taking place this Friday (27.06.14) at the Royal Albert Hall, according to VOGUE.co.uk.

Alber took over at the helm of Lanvin in 2001 following a successful career working at high-end brands Guy Laroche, Yves Saint Laurent and Krizia.

He follows in the footsteps of Vivienne Westwood, Manolo Blahnik, Miuccia Prada and Giorgio Armani, who have all been honoured by the Royal College of Art in the past.

The Israeli designer - who counts Natalie Portman and Kim Kardashian among his famous fans - believes his job is to make the women who wear his clothes feel confident and liberated.

He previously explained: ''My job is to create a second skin. I see people and I think that when they feel free in their head, they become glamorous.

''When they are not free in their head they are not glamorous, even if they are head to toe in diamonds. So, I think, even if it sounds a bit clichéd, it's all about personality, about the person being reflected.''