AJ Tracey: Whatever I do now is a bonus

AJ Tracey has admitted being able to give his mum a ''better life'' by buying her a house is the best thing he's achieved and anything else will be a ''bonus''. 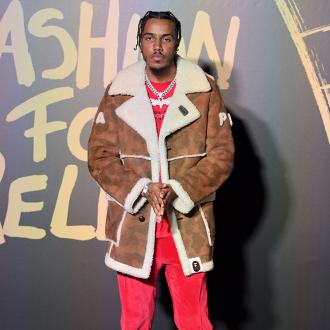 AJ Tracey has admitted ''whatever I do now is a bonus'' after he bought his mum a house.

The 'West Ten' rapper - who dropped out of a criminology degree to pursue his music career - purchased his parent a property after turning down various offers from record labels and he's proud to have been able to afford to do so as an independent artist.

He told 'BBC Newsbeat': ''Obviously I wanted to enjoy the music and achieve artistic success, but I wanted to give my family an opportunity to live a better life.

''I've done that now by buying my mum a house. Whatever I do now is a bonus. Signing a record deal would have given me financial comfort but now I've done it my way, it doesn't really matter.''

The 26-year-old star added: ''You really understand how much effort you've put in and you really get the fruits of your labour by being independent.

AJ wanted to show his mum - who raised him alone - his gratitude with the generous gift and admitted handing over the keys made him feel happier than anything else he's ever done.

He said: ''I bought her a house the other day. [How did it feel?] Like nothing you an ever describe. Better than sex.''

After a hectic few years of work, AJ is ready to take a break.

He admitted in May: ''I've run myself thin over the last few years. I want to hang out with my mum, my family.''

However, he shows no signs of slowing down, having recently teamed up with Mabel on 'West Ten' and 'Rain' with Aitch.

The rapper released his debut self-titled album last year, and scored a top 5 hit with 'Ladbroke Grove', and the track named after the area he is from in west London went on to be nominated for Song of the Year at the 2020 BRITs.