'Beverly Hills Cop 4' director Adil El Arbi has confirmed that a first draft of a script is being written for Eddie Murphy's return as detective Axel Foley. 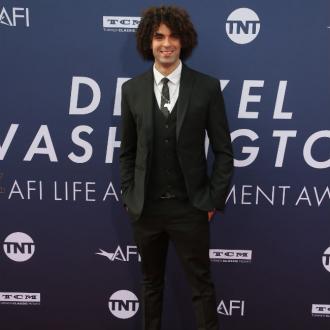 Adil El Arbi and Bilall Fallah have confirmed that a script is being written for 'Beverly Hills Cop 4'.

The duo are helming a revival of the Eddie Murphy action franchise for Netflix and although there had been little sign of development on the project, Adil has now revealed that a first draft of the screenplay is being penned.

The 31-year-old filmmaker told Digital Spy: ''We're still involved in that project, and there's a screenwriter now on it that's going to try to write a first draft, or a first treatment at least with the story.

''So we're going to see what the first version will be, but we're very excited and hope that we can with another icon like Eddie Murphy. That'd be great.''

The pair recently helmed 'Bad Boys for Life' and explained how they were looking forward to reviving another franchise.

Adil admits that the original 1984 'Beverly Hills Cop' film was one of his favourite movies as a child and that he couldn't wait to work alongside Eddie and legendary producer Jerry Bruckheimer.

He explained: ''When I was a kid, it was one of my favourite movies. It was the quintessential Jerry Bruckheimer movie - a buddy-cop, humour action movie. 'Bad Boys' is a 'Beverly Hills Cop' kinda movie. And of course, Eddie Murphy is an idol.''

Bilall added: ''Yeah, he is the Godfather!''

Eddie previously explained how he planned to reprise his role as detective Axel Foley once he had finished work on 'Coming 2 America'.

The 59-year-old actor said: ''Yeah that's what we're doing after 'Coming to America 2'. We're doing 'Beverly Hills Cop' and then the plan is to get back on stage and do more stand-up.''