'The Railway Children' actress Dinah Sheridan has passed away aged 92 from natural causes. 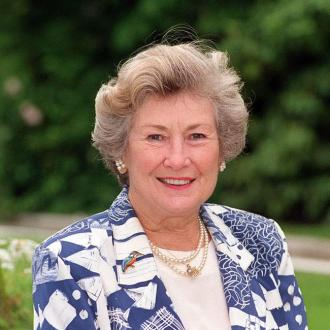 The British actress - who is best known for playing the mother in children's classic 'The Railway Children' - passed away peacefully with her family at her bedside in her Northwood home in Greater London.

Dinah famously appeared in popular 1953 comedy 'Genevieve' and starred as Chancellor Flavia in the 1983 'Doctor Who' film 'The Five Doctors'.

The beloved star was also known for her TV career with roles in BBC sitcoms 'Don't Wait Up' and 'All Night Long'.

Born Dinah Mec to a German mother and Russian father in 1920, she scored her first film role aged 15 but put her career on hold during World War II.

Dinah's most memorable role was in the adaptation of E Nesbit's novel 'The Railway Children' in 1970.

Her son Jeremy once told an interviewer: ''She practically played herself as the mother in that film, except in real life she has been much more smiling, even though she hasn't had much to smile about at times.''

She married actor Jimmy Hanley in 1943 and the couple had three children, before separating in 1949.

Dinah split from her second husband John Davis after 11 years together before falling for actor Jack Merivale and caring for his throughout his kidney disease until his death in 1990. Her fourth husband, American businessman Aubrey Ison, died in 2007.

She once said: ''I've had a very strange life. Whenever I've married, I've married for life. But things have gone desperately wrong.'' 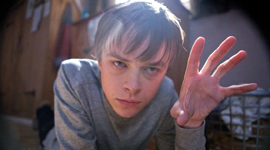 Taking the found-footage thriller to a new level, this film throws real-life teens into an...