Game of Thrones actor Clive Mantle had his ear bitten off in a Newcastle Travelodge. 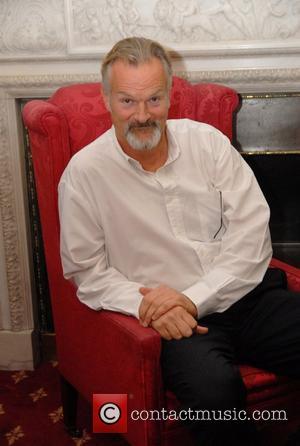 Picture: Clive Mantle Panto In The Park at Hamilton Place where actors promote panto's from across the country for the 2007/2008 season London, England - 28.10.07

An actor's ear was bitten off at a Newcastle hotel, with a 32-year-old man being charged with wounding with intent. Clive Mantle, who stars in US drama Game of Thrones though is perhaps best known to British audiences for his long-running role in Casualty, had part of his ear bitten off over a dispute over noise, reports the BBC.

The 55-year-old actor from Bath had finished a run in The Ladykillers at the Theatre Royal, before returning to the Travelodge. Mr Mantle was reportedly pinned to the floor and attacked after asking other guests to keep the noise down. A spokesman for Mr Mantle's agent, London-based Sarahband Associates, said surgeons at Newcastle's Royal Victoria Infirmary had sewn the top part of the actor's ear back on. "He is very shaken and shocked by what has happened, you don't expect this kind of thing to happen in a hotel. The part of the ear that was bitten off was found and sewn back on. Mr Mantle said the police, ambulance and hospital staff were amazing."

The Ladykillers finished its run in Newcastle on Saturday, though is due to begin its nationwide tour in Salford on Tuesday. Laura Myers, publicist for the play, said: "Clive doesn't yet know when he will be able to rejoin the cast and feels he must mention the ambulance crew, police and hospital staff who were all superb."

Another man had been released on bail in connection with the attack and a third man was released without charged.

Mr Mantle played surgeon Mike Barrett in Casualty and spin-off Holby City for over nine years. He played Lord Greatjon Umber in the first season of Game of Thrones.

Watch the trailer for Season Three of Game of Thrones: