Aaron Taylor-Johnson prefers being a father to acting and wants to be the best parent and husband possible. 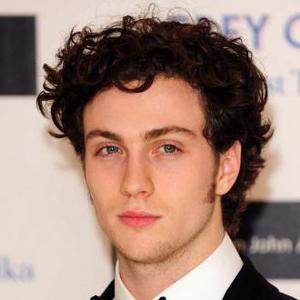 Aaron Taylor-Johnson prefers being a father to acting.

The 22-year-old hunk - who has daughters Wylda Rae, two, and seven-month-old Romy

Hero with wife Sam Taylor-Johnson - admits he gets more out of family life than his Hollywood career and wants to be the best parent he can be.

He said: ''I strive to be the best father and husband I can be. I gain a lot more out of my kids and Sam than anything else in my work world. I take my family life seriously.''

Despite the 23 year age gap between himself and Sam, he claims he has never seen it as an issue as he was old before his time.

He added in an interview with Britain's ELLE magazine: ''Sam might be older than me, but she's such a young, spirited soul that I sometimes feel older than her.