Scroll down for some intimate on-set pictures 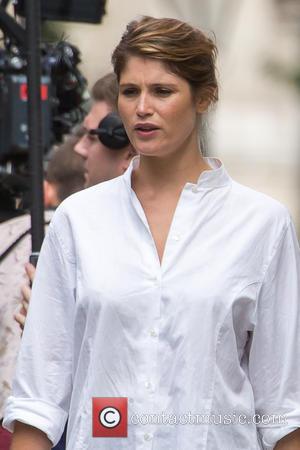 Gemma Arteton and Idris Elba have been busy at work filming for their new movie, ‘A Hundred Streets’, in London.

The new movie focuses on four central characters who live out their lives in parallel within one square mile of London. Gemma plays Emily, the estranged wife of Max played by Luther actor Idris Elba, as well as being the mother of his two children.

Elba, best known in the U.K for his role as maverick cop Luther, made his name on the streets of Baltimore as Stringer Bell in HBO’s critically acclaimed drama, The Wire. A strong Hollywood career would beckon, most notably in Pacific Rim, which is due a sequel following the financial success of the first film.

Arteton has recently been spotted her love interest, the French director Franklin Ohanessian – her first relationship sincesplitting from husband Stefano Catelli in February, 2013.

Speaking about the breakdown of the marriage, she told Marie Claire magazine last year: “It was a wonderful time and I have nothing bad to say about it. Even if they don’t last relationships can enrich your life in some way and then you move on to the next part – it’s all part of the process of living.”