Vikings; the fearless Scandinavian warriors of old who took the world by storm. The mere sight of them struck horror and doubt in the hearts of even the most courageous of foes as they left a trail of tales and warnings in their wake. 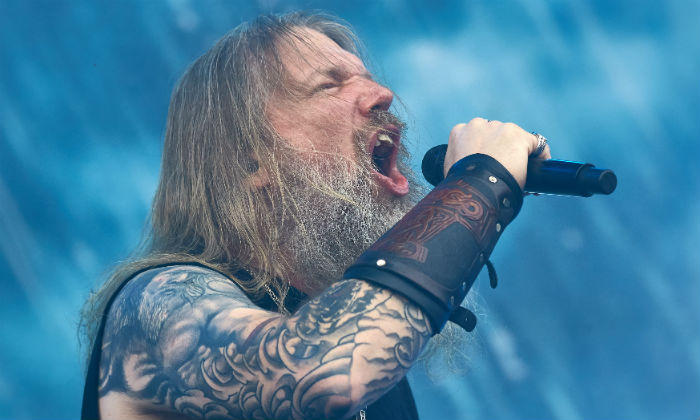 Centuries later, the way of the Viking has died out in terms of pillaging and burning, but the essence of Paganism and cultural values remain strong in some people. This influence Vikings had over Europe and arguably the entire northern hemisphere has left a huge impression on culture and, sequentially, on music also.

As you would expect, the combination of Viking tales and heavy metal come together in brutal harmony in the heartland of both: Scandinavia. Through the decades since the conception of classic metal, there have been dozens, if not hundreds, of offshoot sub-genres all taking on different focuses and directions. However, the harrowing entity known as Viking metal is certainly the one that is truest to the historical roots of Europe.

We cover the boundaries and basics regarding this brutal, behemoth metal sub-genre. To best illustrate the presence, position and importance of Viking metal today, here are ten of the most predominant bands in the current Viking metal climate.

Without question, Amon Amarth are the biggest Viking metal band in the world right now, and potentially the greatest Viking metal band of all time. Although the band prefer the genre title of melodic death metal, the majority of the metal fanbase does view them as a Viking metal outlet due to the theme of their music and imagery.

Formed in 1992, the Swedish group focus their musical narratives heavily around Viking mythology. Although they formed in the early '90s, Amon Amarth didn't achieve international fame until 2008 with the album Twilight of the Thunder God. Since this release, they have gone from strength to strength releasing some of the best Viking metal albums ever.

Hailing from Denmark and formed in 2005, Svartsot's slow-burning rise to fame has been orchestrated by four great album campaigns. Using their native tongue for lyrics, traditional medieval instruments and classic melodic metal conventions, they create a truly fascinating and unique sound.

The band's first album, Ravnenes Saga, was released in 2007 and received great reviews from fans and Danish music critics alike. Although this album did not bring them international success, it established them as a strong rising band with immense talent within their homeland. Off the back of this record they toured furiously and earned an even more valuable reputation, this time as an enthralling live act.

Exploring the heavier possibilities of Viking metal are Sweden's King of Asgard, boasting elements of doom and death metal in their lengthy, elaborate tunes.

Forming from the ashes of Mithotyn in 2008, King of Asgard hone in on their traditional Nordic roots through narrative driven lyrics and a powerful progressive tempo. Each of their songs explores a different core perspective or aim, with some songs being instrumentally based, while others are centred around the gruesome, growling vocals.

King of Asgard's debut album from 2011, Fi'mbulvntr, sent them sky-rocketing through the ranks of Viking metal thanks to its miraculous success. Featured on this album is Einharjar, easily the band's most famous song to date.

For a Viking metal band, Finland's Ensiferum are incredibly prolific when it comes to releasing records. Having released six full length albums in the space of ten years, Ensiferum have quickly established themselves as one of Viking metal's hardest working names. As a result, they are commonly listed against bands such as Amon Amarth and Týr as one of the sub-genre's leading figures.

The pace and intricacy of Ensiferum's music leaves them bordering with power metal at times, especially in their third album Victory Songs from 2007. Despite a long list of band member changes, the spirit and true definition of Ensiferum's style has never faltered, mainly thanks to the persistent presence of lead guitarist and founding member, Markus Toivonen.

Faroe Islands isn't a nation that can brag about producing many world famous musicians, but that doesn't stop Tyr from being an essential Viking metal band. Tyr (pronounced 'tear') formed in 1998 and mix their Viking metal roots with traditional folk roots.

Lyrically, they focus primarily on Nordic folklore, Viking history and elements of mythology. Tyr have had multiple albums stretching back to their 2002 debut release, How Far to Asgaard. The bands latest record, Hel, came out in 2019 after the band took a six year break from recording new material. They are known for their distinct image, heavy sound and elaborate album cover arts.

Although they are technically a progressive black metal band, Borknagar do still feed off elements from Nordic and Viking folklore. Hailing from Norway, Borknagar have been predominant figures in the Pagan metal scene for over a decade now and formed in 1995.

As a band heavily influenced by nature and the elements, a lot of Borknagar's music is focused on narrative surrounding these subjects. However, they have had a somewhat turbulent past, especially when it comes to maintaining a consistent line-up. Borknagar have had no less than 17 members in total, which has arguably has benefitted them when it comes to producing ever-more original and progressive material.

With this list including bands from Norway, Faroe Islands and Iceland, it is clear that the Nordic influence is a huge factor in the appeal of Viking metal. However, we now turn to Germany for our next band, Falkenbach.

Having formed in 1989, Falkenbach are the oldest band to appear in this article. Despite this, they have produced just seven albums in their 30 year career, the most recent of which being 2013's Asa. This record proved to be their most successful album campaign to date, with great tunes such as Eweroun, Vaer Stjernar Vaerdan and Blout Fuer Blout.

Moonsorrow are potentially one of the most polarising bands in Viking metal today. Having formed in Helsinki in 1995, they create their distinct sound by feeding off elements from death metal, black metal, doom, goth and basically any other  heavy metal sub genre category you can think of.

Their most popular album was their sixth release Varjoina kuljemme kuolleiden maassa. If that album name wasn't hard enough to pronounce, they then have records such as 'Voimasta ja kunniasta' and Tämä ikuinen talvi among others which are all commendable metal records if unpronounceable.

Leaves' Eyes are the first German/Norweigan band to appear and are also one of the more modern bands, having formed in 2003. Endorsing elements from symphonic metal through Elina Siirrala's distinct vocal delivery, Leaves' Eyes managed to produce an especially atmospheric metal sound.

Since their inception, Leaves' Eyes have been prolific with releasing material and have already released more albums than some of the classic, old school Viking metal groups. In total, Leaves' Eyes have seven studio records, six EPs, one live album and a live DVD. If you like the sound of Leaves' Eyes then make sure you check out Elina Siirala's other band, Angel Nation.

Forming in 1999, Grand Magus' main influences come from the new wave of British heavy metal with bands such as Judas Priest and Motorhead. Grand Magus' sound has also been described as 'doom blues' by some but their Nordic inspiration is unquestionable.

The three-piece from Sweden had to wait a considerable amount of time before they gradually started to gain international attention. Their first big international record and beyond the reaches of Scandinavia came in the form of 2016's Sword Songs. Including songs such as Freja's Choice, Forged in Iron and a cover of Deep Purple's Stormbringer, this record understandably received a great reception from fans.