New Kids On The Block

The singer apologised to fans during the show and has been absolved of all charges in their eyes.

After New Kids On The Block’s Jonathan Knight had to step down during a live performance last night, the performer apologized to fans via Twitter.

The tweet was a short one, but Knight’s followers rallied in support of the singer. “I’m sorry,” tweeted Knight from the side of the stage, as his bandmates continued the performance. The NKOTB member has long been struggling with anxiety – a condition, which, while it has been gaining more awareness of late, still isn’t very talked about in the entertainment industry. That’s unfortunate, considering that anxiety disorders are the most common type of mental disorder in the US, affecting roughly 40 million adults.

According to Hollywood Life, Knight was clearly struggling throughout the parts of the show he managed to perform. After hanging back for two songs, he returned for Step By Step,” “Hangin’ Tough” and “The Right Stuff.” However, it clearly wasn’t working out, since the singer left the show stage straight afterwards and the remaining members of NKOTB had to finish the concert without him. 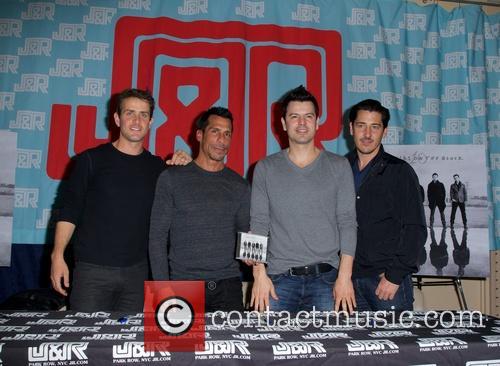 At least the three remaining "Kids" managed to finish the show without Knight.

Still, Jonathan’s fans have clearly forgiven him and with good reason – unstable mental health isn’t something to be ignored. Hopefully, even without Knight, those ticketholders managed to get their money’s worth in the end.