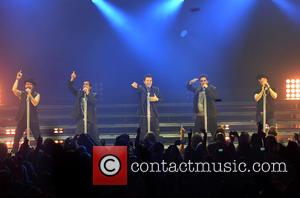 New Kids On The Block star Joey McIntyre is facing a lawsuit over a car accident two years ago.

Surendra Patel has sued the singer for allegedly crashing into his family's car at a traffic light in California in 2012.

According to legal documents obtained by Tmz.com, Patel claims MCIntrye was driving "negligently, carelessly, recklessly" when the star's vehicle hit the rear end of the car, which carried five passengers, including two children.

The lawsuit has reportedly been launched to cover medical expenses, lost earnings, property damage and pain and suffering.