Netflix Confirms The Return Of 'The OA' With Part II

Watch this space for the release date announcement.

A second series of supernatural Netflix thriller 'The OA' has finally been confirmed, almost two months after the first series aired and ended with the most intense of cliffhangers. Brit Marling will reprise her role as the mystery, miracle, angel - depending on who you ask. 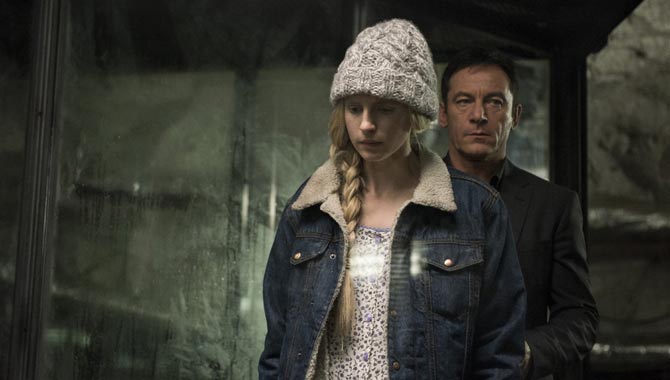 Brit Marling and Jason Isaacs star in 'The OA'

Created by Zal Batmanglij and Brit Marling (who worked together on 'The East' and 'Sound of My Voice'), the latter of whom also plays the protagonist in the series, 'The OA' returns after the titular character suffered her latest NDE (near death experience) in the first series.

Is she dead this time? And if so what is to become of her? We still don't know how much of what she says is true after the whole Homer's 'Iliad' debacle, but we'll no doubt find out the truth of some  of these alternate dimensions.

For those who haven't seen the first series, it follows the disappearance of a blind young woman named Prairie Johnson, who returns to her hometown and adoptive parents after seven years with her sight restored. She's extremely secretive about how she got her sight back but insists that people call her The OA. Soon she gathers together a group of high schoolers to whom she explains where she's been and the supernatural forces that she's experienced. Naturally the kids have their suspicions, but will she finally be able to prove her story this time?

Netflix have also announced season premieres for a number of other shows; 'Orange Is The New Black' is set to return on June 9th for season 5, season 3 of 'Grace & Frankie' arrives on March 24th, while 'Stranger Things' season 2 won't be coming until October 31st. Plus, some new shows are coming to the streaming service this year including 'Marvel's Iron Fist' on March 17th.

'The OA Part II' arrival date has not yet been confirmed.