Netflix Threatened By 'Orange Is The New Black' Season 5 Hacker

The show's fifth season is officially scheduled for release on June 9.

Netflix are going through quite the drama this weekend. We've learned that a hacker known as The Dark Overlord is claiming to have hacked the streaming service and to have gained access to all episodes of 'Orange Is The New Black' season 5 - which isn't scheduled to hit the platform until June - and may have already uploaded the first to an illegal file-sharing service. 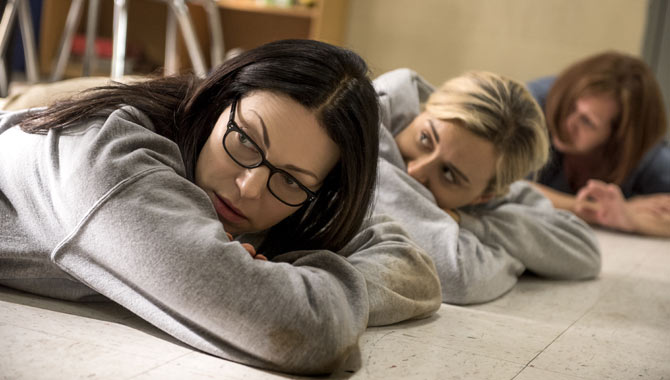 Now, the hacker is demanding that Netflix pay an unspecified ransom to stop all of the episodes from being uploaded online before the show's official release, with the FBI said to be investigating the situation.

In a statement, Netflix said: "We are aware of the situation. A production vendor used by several major TV studios had its security compromised and the appropriate law enforcement authorities are involved." The Dark Overlord isn't an alias unknown to the authorities, after the hacker reportedly snatched big screen movies and TV episodes earlier this year from various sources before demanding electronic currency. At the time however, the hacker told the Associated Press that "no one really [cares] about unreleased movies and TV show episodes" before explaining that no releases would happen.

Though no comments have come from the hacker at this time, we imagine the work going on behind-the-scenes to stop the leak of new 'OITNB' episodes will be tenfold.

Netflix were likely looking forward to the show's comeback ahead of the threats, with it being one of the most successful and talked-about series on the platform.

Reed Hastings, CEO at the streaming service announced recently that over 100 million subscribers from around the globe were on board with Netflix, with the company also revealing they were raising over $1 billion outside of America to invest in its global division.

The platform is without a doubt one of the most successful streamers on the planet, and while we're anxiously awaiting the outcome of these hacking threats, we're also hugely excited to see what Netflix has up its sleeve next in the form of original content.