Despite a recent slew of cancellations, streaming giant Netflix have renewed their series 'Dear White People' for a second season, made up of 10 episodes, to premiere next year on the platform. Creator and showrunner Justin Simien announced the news earlier this week, speaking at the Essence Festival. 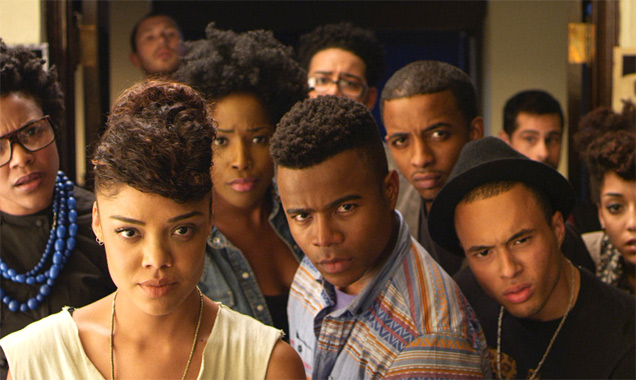 'Dear White People' will return to Netflix for a second season

The show follows a diverse young group of students of colour, who navigate a predominantly white Ivy League college and are forced to deal with the racial tensions that divide and sometimes conquer there. Facing a board that would rather sweep the problems under the rug with as little fuss as possible, the students are sometimes forced to take drastic measures to allow their voices to be heard and to even get a whiff of equality.

Having already served as showrunner on season 1, Yvette Lee Bowser will return to the position, with executive producers Stephanie Allain and Julia Lebedev set to serve on season 2.

The renewal will come as no surprise to the show's fans, with 'Dear White People' picking up a slew of incredible reviews upon its debut earlier this year. Sitting with a perfect score of 100 on Rotten Tomatoes, the show wasn't without its critics; but honestly, the points that many of them raised were usually to do with insecurity.

'Dear White People' isn't a show that serves to segregate. Those who cannot look past the name of the series and see that may be dealing with more internally than they would wish to admit.

Simien is a man clearly unafraid to keep his finger on the button and apply his own personal beliefs and feelings about the world we're currently living in to his work. We're sure that's something that will continue with this second season.

'Dear White People' season 1 is available to stream now on Netflix, with season 2 set to debut in 2018.