'Black Mirror' Producers Have Been Approached About A Movie

Annabel Jones says that she and Charlie Brooker have been asked about a film "a few times".

First making its way to Channel 4 before moving to Netflix as one of their original series, 'Black Mirror' is without a doubt one of the most talked about shows across the globe. Instantly popular thanks to its exciting and, a lot of the time challenging-to-watch anthology episodes, the series has been going strong for three seasons to-date, with a fourth right around the corner. 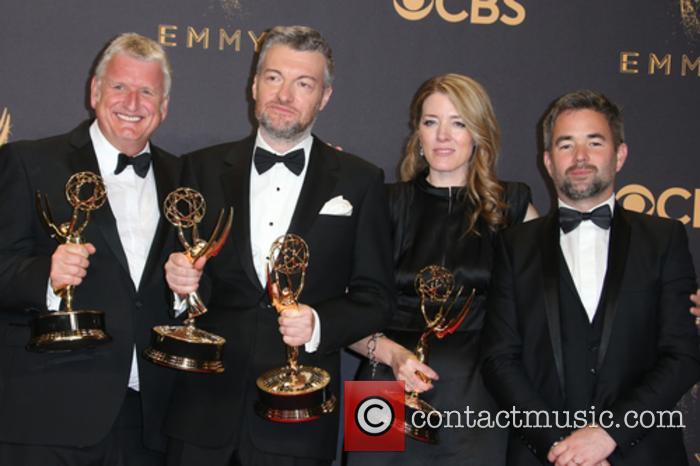 The 'Black Mirror' team were celebrated at the 69th Emmy Awards

Details are starting to drip out about the new batch of episodes we should expect when the show does make its comeback to Netflix, but this weekend fans got their answer to whether or not a 'Black Mirror' movie could happen.

Speaking with Collider, producer Annabel Jones explained why she and creator Charlie Brooker haven't taken up an offer of making a 'Black Mirror' movie so far: "We have [been approached] yes, flatteringly a few times. But in our maybe pretentious heads we sort of feel we’re already making a film, you know? They’re certainly structured like films and they’re all independent, so I don’t really feel the need to do that. The story is the interesting thing, not necessarily the size of the screen on which it’s played out."

Adding that they "don't have the development hell that all movies end up going through," we think it's pretty certain that, at least for the foreseeable future, 'Black Mirror' will remain a piece of the small screen.

Fans of the franchise however will be able to enjoy some new stories on a different platform in the beginning of next year, when a 'Black Mirror' book is released, comprised of a selection of short stories and expected to be just the first of a series.

With Netflix as one of the leading streaming platforms in the world, and the ability to give those working on 'Black Mirror' everything they want to make their show as successful and unique as possible, we think that television is the perfect place for this franchise to stay. Season 4 will for the first time include an episode in outer space, and we'll bring you more information on the new season as and when we get it.

'Black Mirror' seasons 1-3 are available now on Netflix, with season 4 expected to drop before the end of the year.