The series will be making a return with a whole new set of episodes.

Whether you loved or hated Netflix original series '13 Reasons Why' - based on the Jay Asher novel of the same name - one thing's for sure; it made the world talk. Allowing the viewing public a platform to talk about self harm, rape and a variety of other typically taboo topics, the show told the story of young Hannah Baker (Katherine Langford), who leaves behind a series of cassette tapes for those she says has wronged her throughout her school life, before killing herself. 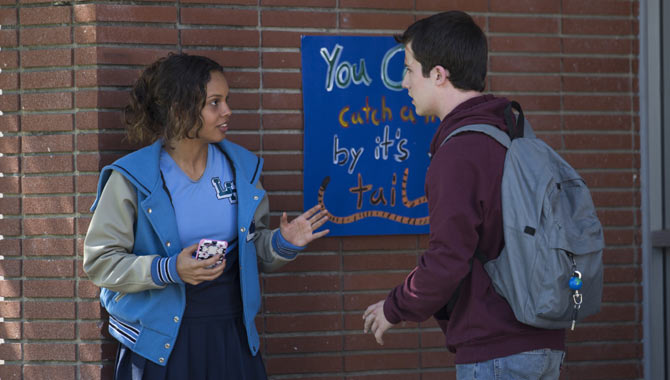 Certain scenes courted huge controversy. There were calls for the one in which viewers see Hannah slash her wrists in the bathtub to be removed from the show, or for stronger warnings to be given for those who may log on to the streaming service and watch the offending episode. Other scenes depicting rape were also slammed for being too graphic, but the showrunners, cast and crew stood by their decisions.

Now with Hannah's story told - or at least the start of it - Netflix have ordered a second season of '13 Reasons Why', which will take place once again in both the past and present. It's already been confirmed that Langford will be returning as Baker, but there will be a different narrator presiding over the show this time round. With a number of cliffhangers presented in the season 1 finale; such as Alex's botched suicide attempt or the collection of weapons that Tyler is harbouring in his bedroom, there's plenty of paths to go down for the writers.

Decisions will more than likely have already been made, as Christian Navarro - who plays fan favourite character Tony in the series - confirmed he had returned to work for the first day of production on season 2.

Now as we all await to find out more information about season 2, we must always think about those that were offended by the first season. Hopefully, showrunners and co. will be putting some plans in action to ensure they don't rile up as many people this time round. Though they had a hugely successful show on their hands with '13 Reasons Why', the views of ALL those watching should be respected - not just the majority.