Could we be seeing the same story through somebody else's eyes?

Earlier this year, the first season of Netflix original series '13 Reasons Why' debuted on the streaming service, adapting the Jay Asher young adult novel of the same name. Telling the story of a young Hannah Baker (Katherine Langford) - who decides to take her own life but record a series of cassette tapes explaining her reasons for doing so before killing herself - the show quickly became the subject of much criticism for its stark and explicit portrayal of rape and self-harm.

Despite the critics, there were those that said scenes such as those and the overall storyline presented in '13 Reasons Why' was extremely important, especially for the younger viewers who may be dealing with traumas in their own lives. Whatever the case may be, Netflix saw the success of the show as a reason to renew it for a second season, which we expect will debut at some point next year.

But what exactly will season 2 bring to fans? Whilst there were some plans at the beginning of conception to make '13 Reasons Why' an anthology series - much like 'American Horror Story' - those have been scrapped, and we will be catching up with the same group of characters introduced in the show's original season. 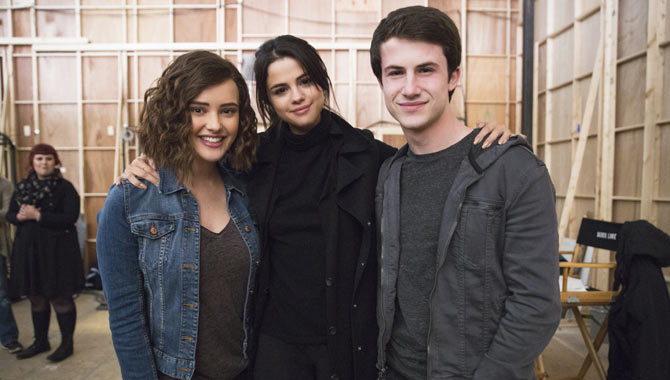 "Hannah told her version of events, but there are at least 12 kids who have another version of those events that we actually haven't really heard from yet," executive producer Brian Yorkey explained, speaking as part of Netflix's FYSee Space event (as per Variety).

"I don't think Hannah told any untruths on her tape. She reclaimed her narrative, which had really been taken from her."

Whilst on first glance these words don't really give away anything at all as to the events of the upcoming second season of the show, they can be interpreted in a number of ways. One of those is to wonder whether we'll be seeing the same story told on screen in season 2 that we saw with the series' original season, but from a fresh perspective.

There were a number of different characters involved in Hannah Baker's story, all with their own flaws and misconceptions about the world. Taking a look at Hannah's suicide and the ramifications of it from behind a fresh set of eyes could certainly open a number of doors for future storylines.

We'll keep you up-to-date with all the news about '13 Reasons Why' season 2 as we get it.