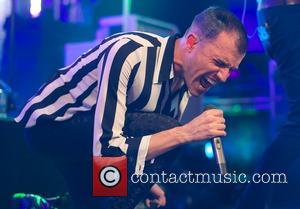 Neon Trees singer Tyler Glenn has been overwhelmed with support by members of the Mormon church after he 'came out' as gay last month (Mar14).

The 30 year old revealed he always knew he was homosexual and he told his family, friends and bandmates in October (13). In doing so, he became one of a few gay Mormons to go public, as the religion is firmly opposed to homosexuality.

However, Glenn was shocked by the reaction from church elders, saying, "I was surprised at how many Mormon church leaders wrote me messages saying, 'This is great that you're doing this.' That really was cool... On the level of being a role model for kids or Lgbt (lesbian, gay, bisexual and transgender) Mormon youth, I'm totally down (cool) because I come from that background and I would be able to speak to them honestly."