NENEH CHERRY quit music because she didn't want to be a ''puppet'' and felt she was questioning herself too much. 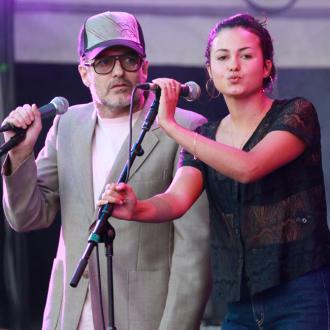 NENEH CHERRY quit music because she lost her ''balls''.

The 'Man Child' hitmaker is releasing a new album, 'Blank Project', following an 18 year hiatus and says she stepped out of the spotlight because she didn't want to become a music industry ''puppet''.

She said: ''I got to a place where I was thinking about things before I did them and questioning how they should be.

''It got bad. I lost my balls and my fun for a minute.

''I thought I either become a puppet or I leave.''

Neneh, 50, says it took a family tragedy to bring her back to music.

She explained: ''I lost my mother four years ago and I went numb. The only way out for me was through writing. Stuff was happening to me that I couldn't explain in words and music has it's own language.''

And the singer is delighted with the resulting album.

She told Britain's Grazia magazine: ''We recorded all the tracks live. I feel like I've found something I needed to find again.''