By Holly Williams in Lifestyle / Showbiz on 15 February 2016

A 700 mile trek across South Africa awaits the British comedian.

Everyone's been vowing to get fit this year; whether it's going for that extra run, hitting the gym more often or walking to the store instead of driving. But we're willing to bet no-one's taking to an extreme like Eddie Izzard, who has claimed to embark on 27 marathons in 27 days. 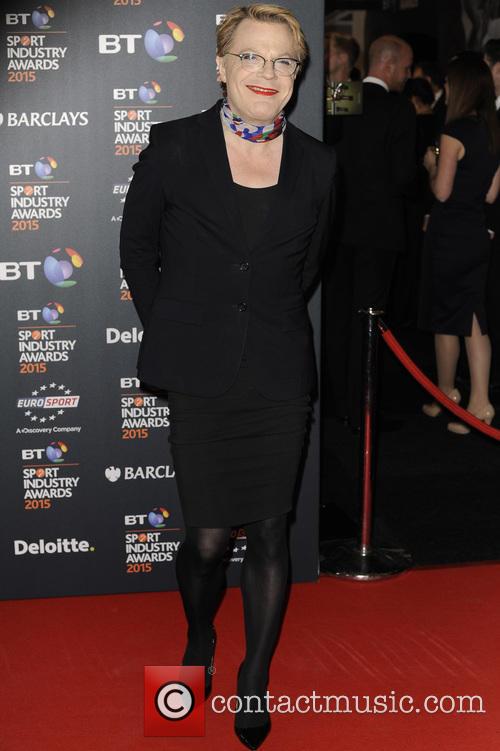 Eddie Izzard gets his running shoes back on

One marathon in one day is enough for us; we'd even be impressed with two in a year. But 27 marathons in 27 days?! That's not all either, because Izzard will be taking to the sweltering climate of South Africa for this challenge, a far cry from UK temperatures and probably not the most comfortable to exercise non-stop in.

Despite a very limited release in the US, the film is enjoying incredible popularity in South Africa.

Justin Chadwick’s Mandela: Long Walk to Freedom is far from typical box office fare. Nevertheless, the film is enjoying quite a bit of success in this department, particularly when it comes to South African audiences. According to The Hollywood Reporter, the Idris Elba starrer, which opened Thursday, is already the top earner in cinemas operated by the two major South African chains, Ster Kinekor and NuMetro, as well as the leading independent cinemas groups.

The Idris Elba and Naomie Watts starrer is enjoying a sgnificant boost from South African audiences.

Mandela: Long Walk to Freedom, which stars Elba as the South African revolutionary and Naomie Harris as Mandela’s wife, Winnie, an activist in her own right, has so far grossed $73,000 (or around 750,000 rand). These are just the proceeds from Thursday showings. The film has topped the previous record for the period and with just four showings per day, as opposed to the usual six. To put this into perspective, the movie opened as number one in the country, leaving even The Hunger Games: Catching Fire behind by 39%.

Idris Elba, Star Of 'Mandela: Long Walk To Freedom' On The Challenges Of Fame And His Latest Part

Idris Elba has seen his star rise for a while now, but even he was daunted at the prospect of portraying Nelson Mandela.

This week sees the release of Mandela: Long Walk to Freedom, starring Idris Elba as the South African leader. Elba’s star has been steadily rising since he played DCI John Luther in the eponymous crime series, with key parts in both Thor movies, as well as 2012’s Prometheus and this year’s Pacific Rim. While we’ve seen him mostly in fantasy and sci-fi recently, it is in this Mandela biopic that Elba will truly come into his own, on the big screen at least. 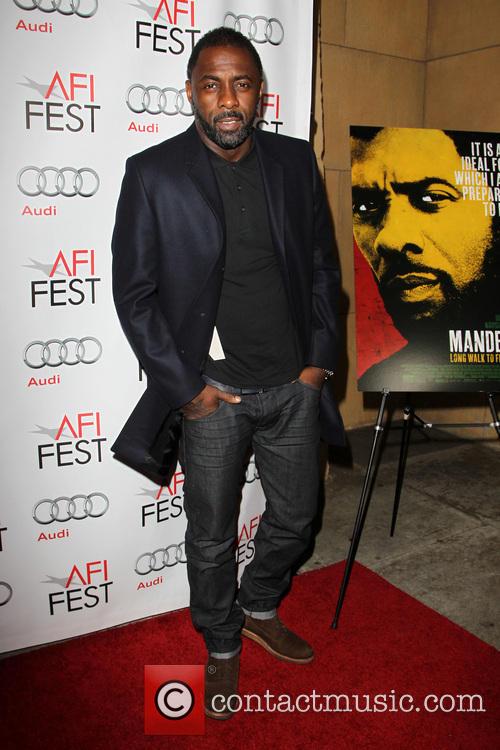 Elba has his rituals to help him stay grounded.

For more pictures from the film's AFI Fest premiere, head on over to our gallery.

Continue reading: Idris Elba, Star Of 'Mandela: Long Walk To Freedom' On The Challenges Of Fame And His Latest Part

What are the critics saying about the political biopic?

Idris Elba – one of the more exciting actors of his generation – portraying Nelson Mandela – one of the most important men for many generations – sounded like a sure-fire hit. The early reviews would suggest those musings were a touch premature as Long Walk to Freedom slips down the betting odds list for Best Picture.

“The film overcompensates. It bellows at you. Tells you apartheid was bad by placing champagne-sipping whites on a balcony and black people down on the streets below. It pumps in the period detail, drops in chunks of news footage to back up its importance,” say The Guardian.

After A Long And Bumpy Production, 'Winnie Mandela' Is Due Out This Year [Trailer + Stills]

The controversial biopic is due out this September.

This year will see the release of a full-blown Nelson Mandela biopic, but before that, another film will focus on a crucial character in the Mandela story – Winnie Mandela, the woman, who stood by her husband and became a tireless activist in her own right. The trailer for Winnie Mandela has just been released and, despite some controversy around Jennifer Hudson playing the part of Mandela, the preview seems every bit as grandiose and inspirational as you’d expect.

Watch the Winnie Mandela trailer below.

Continue reading: After A Long And Bumpy Production, 'Winnie Mandela' Is Due Out This Year [Trailer + Stills]

In what was definitely a well-timed publicity stunt that had long been discussed, the trailer for Idris Elba's star turn as Nelson Mandela was released in cinemas (and later online) the coincide with the former South African ruler's 95th birthday this Thursday (July 18). The first full trailer for Mandela: Long Walk To Freedom is one filled with gravitas and a powerful performance, giving potential audiences their first proper look at the biopic. 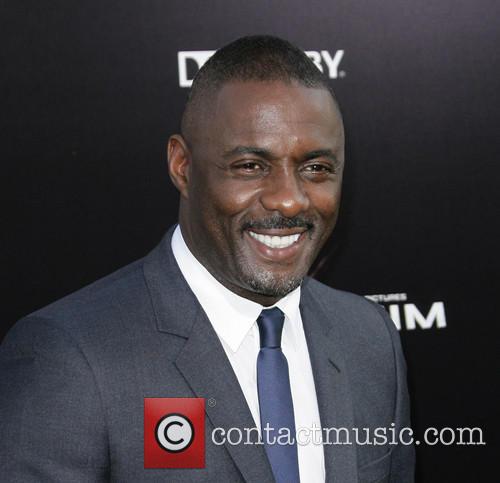 The two-and-a-half minute clip gives us a relatively comprehensive look into the life and work of the iconic South African freedom fighter, with Elba taking on the young Mandela during his first brushes with the law and his meeting with future wife Winnie (Naomie Harris), before being sentenced to a lengthy prison term and eventual fight back against the system - all with K'Naan's 'Wavin' Flag' serving as the soundtrack.

Elba is favorite for the Oscar already

Idris Elba has played some great characters in his acting career, but none more important, pertinent and challenging that than of Nelson Mandela in Mandela, which has today been handed a fantastic theatrical trailer. Take a look at Elba in action below.

Mandela sees Elba stretch his vocal chords into different shapes once again, this time with a South African accent, which, judging by the trailer, is right on the Rand. His role as Stringer Bell in HBO’s hit crime drama The Wire endeared him to an American audience, many of which weren’t aware he was an English native, born in Hackey, London no less.

Stevie Wonder To Boycott Florida Over 'Stand Your Ground' Legislation

Stevie Wonder announced he would not perform in the State of Florida until its 'stand your ground' laws are revoked.

Stevie Wonder will boycott the state of Florida due to its 'stand your ground' legislation. The singer was prompted to comment on the law following awareness of the legislation generated by the George Zimmerman trial, according to a report in the LA Times. 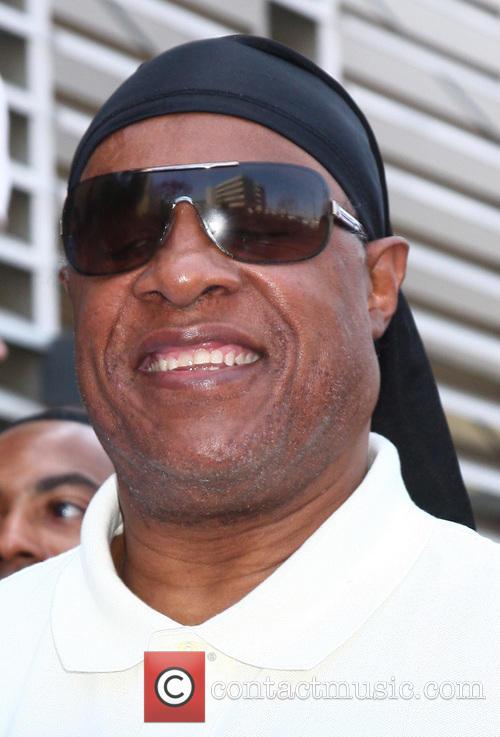 The soul sensation told a crowd in Quebec City, Canada that he would never perform in the state or any other which held firm to their "stand your ground" law. He told his audience ""I decided today that until the 'stand your ground' law is abolished in Florida, I will never perform there again". He went on to say "as a matter of fact, wherever I find that law exists, I will not perform in that state or in that part of the world".

Idris Elba's performance as Nelson Mandela is already generating Oscar buzz. The mysterious trailer suggests the Weinstein Company could have something special on its hands.

Idris Elba is the man to beat the 2014 Academy Awards for his portrayal of South African President Nelson Mandela, according to the bookmakers, anyway. Elba's star has risen in recent years thanks to BBC series Luther, rumors of the James Bond role and a role in Guillermo Del Toro's latest blockbuster Pacific Rim.

The first trailer for upcoming biopic Mandela: Long Walk to Freedom - from The Other Boleyn Girl director Justin Chadwick - rolled out online this week and features a startling, if limited, first look at Hackney-born Elba's performance "No one is born hating another person because of the colour of his skin. People learn to hate. They can be taught to love for love comes more naturally to the human heart," goes the spine-tingling voiceover as Mandela moves across the valley. It appears Elba - wearing Mandela's signature yellow shirt - has got the President's poise down to a tee.

The BET awards were a hit

Don Cheadle took the time to pay tribute and focus attention towards Nelson Mandela last night at The BET Awards while presenting the Best Male R&B Pop Artist to Miguel. 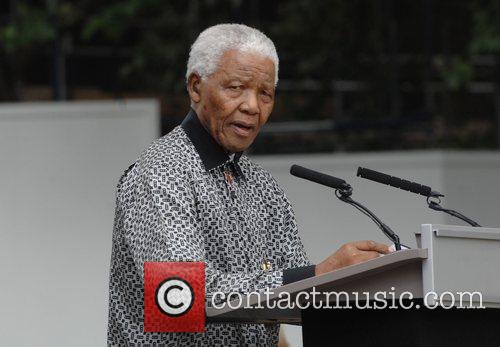 Nelson Mandela has been on life support for the past week

"We want to take a moment and send our prayers and thoughts to a man who literally changed the world,” he said of the South African leader, who revolutionised his country during apartheid and suffered as a result. "This evening we would like to offer prayers and support and hope to the extraordinary Nelson Mandela and his family.”