Why Madonna's "Rebel Heart" Pictures (Probably) Were NOT A PR Blunder

By Victoria Pavlova in Music / Festivals on 04 January 2015

Madonna's PR team just got weird on us.

Let’s talk about the Madonna thing. Not because Madonna still has any cultural relevance per se , but because a little bit of media buzz may or may not have been the only thing her publicity team was after with the “controversial” Rebel Heart images.

If you’ve somehow managed to stay out of the loop on this one, here’s the brief. On January 2, Madonna (or a PR assistant or something) instagrammed some photo manips, depicting cultural icons like Nelson Mandela, MLK and Bob Marley (also Marilyn Monroe, but that’s not the one people are getting angry about) tied up in the same black string (“ribbon”) Madge can be seen wearing on the album cover.

Oops! Madonna didn't mean to be racist, you guys!

Continue reading: Why Madonna's "Rebel Heart" Pictures (Probably) Were NOT A PR Blunder

By Holly Williams in Music / Festivals on 06 November 2014

'You Give Me Love' featuring Maverick Sabre is the first single from Idris Elba's forthcoming album 'Mi Mandela'.

Actor and DJ Idris Elba returns to music with an elegant first single entitled 'You Give Me Love' featuring singer and rapper Maverick Sabre. The track is inspired by contemporary pop and R&B, fused with the sound of South Africa. 'You Give Me Love' will be released as part of Idris Elba's latest musical project 'Idris Elba Presents: Mi Mandela', which incorporates both high-profile Western pop sensations; from Mumford & Sons to George The Poet; with virtually unheard of South African genius; including the Mahotella Queens and Nothembi Mkhwebane. It will be released just in time for Christmas through Elba's own label 7wallace and Parlophone Records, and marks Elba's first musical venture since 2010.

Continue reading: Idris Elba On His Way With First Single 'You Give Me Love' [Listen] 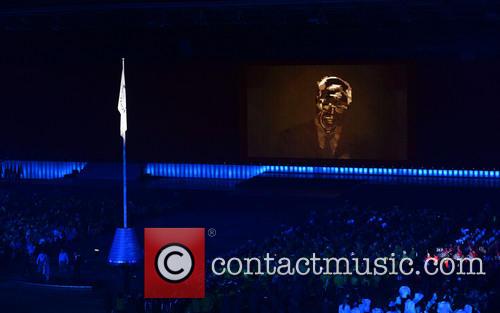 12 Years a Slave sucked up all the guilt so there was nothing left for 'Mandela', apparently

‘12 Years a Slave’ was, rightfully, the recipient of huge praise and numerous awards. The remarkable story of Solomon Northrup - portrayed by Chiwitel Ejiofor - was masterfully directed by Steve McQueen. But that success, suggests screenwriter William Nicholson, was to the detriment of his film, ‘Mandela: Long Walk to Freedom'.

Nicholson said ’12 Years’ "sucked up all the guilt about black people that was available” adding that he thought ‘Mandela’ “worked superbly," but Americans “were so exhausted feeling guilty about slavery that I don't think there was much left over to be nice about our film. So our film didn't do as well as we'd hoped, which was a bit heartbreaking." 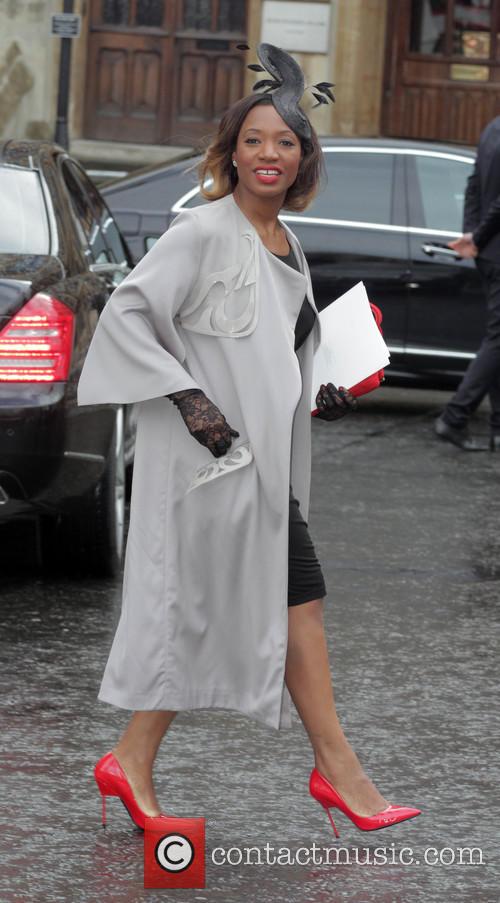 Nelson Mandela's childhood told in award-winning commemorative film 'Mandela: The World That Made Him'.

The Mandela Film Project have teamed up with Synergy Films to release 'Mandela: The World That Made Him'; a short documentary based on the childhood of late world hero Nelson Mandela.

The 23-minute film explores the glorious rolling hills of the Transkeian Territories and Mandela's spiritual home Qunu, where he spent the happiest days of his life and where he will finally be laid to rest on Sunday (December 15th 2013). 'The World That Made Him' includes scenes of tribal dance and song and the young Mandela's favourite sport Nguni stick fighting, as well as stories told by those whose lives were influenced by him, voiceovers from readings of his own texts such as 'Conversations with Myself' and archive footage of South Africa's greatest protector giving some of his many inspiring speeches.

Watch 'Mandela: The World That Made Him' here:

Idris Elba Opens Up On Nelson Mandela Album Side Project

The actor's experience playing the late, great leader will manifest in an album.

Idris Elba’s turn as Nelson Mandela became infinitely more pertinent in the context of the great man’s death on December 5th after a long and ultimately unsuccessful battle against illness. He was 95.

The Wire actor was tremendously honoured to take on the role, and despite the film being criticized for trying to fit too much into a feature, his performance has been lauded - and all this while he was producing an album about the late South African hero.

By Michael West in Lifestyle / Showbiz on 06 December 2013

This week's news was dominated by the tragic deaths of Paul Walker and Nelson Mandela, but there was some good news in the movie world with X-Men Apocalypse set for 2016, and the Amazing Spider-Man 2 trailer hitting the web.

Paul Walker Dead: Tributes have been pouring in this week for the late actor Paul Walker, who died in a car crash in Los Angeles on Saturday (November 30). His friend's Porsche Carrera GT crashed into a tree and burst into flames. Read all the tributes here.

Long Walk to Freedom: This week also marked the sad passing of Nelson Mandela, who died after a long illness. Actor Idris Elba plays the legendary figure in Mandela: Long Walk to Freedom and he's been chatting about his preparations for playing one of greatest leaders in history. Read what Elba had to say here.

Mandela: Long Walk to Freedom is set to premiere in South Africa with the blessing of the man himself.

The Nelson Mandela biopic Mandela: Long Walk To Freedom, saw its most important premiere event recently – a screening in South Africa, attended by the man himself. Mandela spent 27 years in prison for his anti-apartheid activism. After his release, Mandela led South Africa through a difficult transition to its first racially inclusive elections in 1994, a historic event that propelled him to the presidency and inspired many around the world.

According to a report by the AP, Anant Singh, the movie’s South African producer claimed that Mandela enjoyed the screening, at one point asking: "Is that me?" about a heavily made up Idris Elba, who stars in Long Walk to Freedom. Elba reportedly had to sit in the makeup chair for five hours before each filming. Naomie Harris, who plays Mandela’s ex wife and Winnie Mandela, had to go through a similar routine.

The actor was traveling to Johannesburg to attend the premiere of his new film 'Mandela: Long Walk to Freedom'

Idris Elba has been admitted to a unspecified UK hospital after suffering an asthma attack whilst on his way to the premiere of new film Mandela: Long Walk to Freedom. The Brit-actor suffered the attack whilst on board the plane, but was able to be removed from the aircraft whilst it was still in the UK and taken to a near-by hospital to recover.

Long Walk to Freedom has been given mixed reviews

Elba, who stars alongside fellow Brit Naomie Harris (who plays his wife Winnie Mandela) in the film, was forced to miss a press conference due to take place upon his arrival earlier today (2 Nov.), however producers have said that they remain confident that the star will be able to fly out and attend the premiere of the film on Sunday, 3 November, according to Sky News.

First Toronto, then the world for Elba and Mandela .

Elba and Harris star in Mandela: Long Walk to Freedom

"As soon as we saw it, we knew that it would set the right tone for opening night. It's a movie about what we thought is one of the most important issues of the day - information and who controls it," said Cameron Bailey, the festival's artistic director.

As 'Luther' Comes To An End, Idris Elba Looks To A Bright Future

A string of impressive performances have put Elba in a strong position.

It’s been less than a meteoric rise to the top for Idris Elba, rather a slow slog, with plenty of hard work and adapting in between. He’s been a top-level drug lord in HBO’s The Wire, Captain Janek in Prometheus and Stacker Pentecost in Guillermo del Toro’s action epic, Pacific Rim.

British audiences know him for his turn as Luther in the crime drama of the same name, while U.S folks will recognize him as Stringer Bell. Soon, though, the world will know him as Nelson Mandela in Mandela, a film for which he’s already being touted as Oscar material for.

Continue reading: As 'Luther' Comes To An End, Idris Elba Looks To A Bright Future 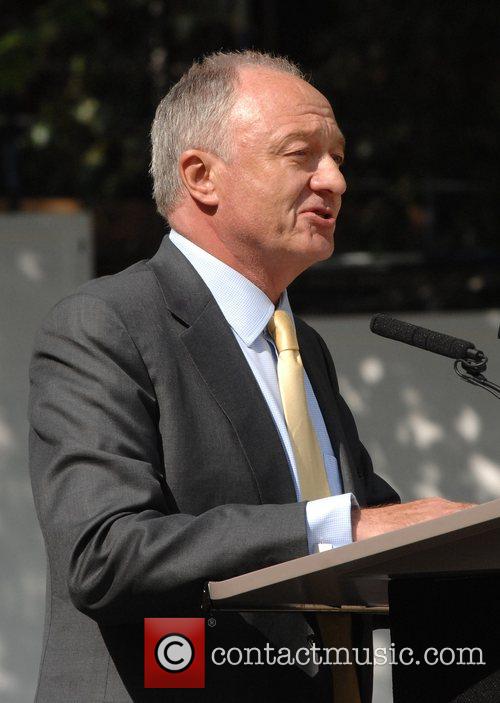