Rapper Nelly Has Vowed To Be More Careful About The Associates He Lets Into His Inner Circle Following His Arrest Over The Weekend (11-12apr15). 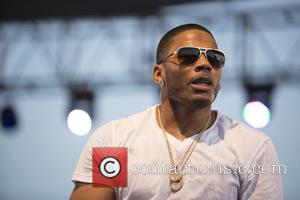 Picture: Nelly - Nelly performs live in concert at the Martyr Franso Hariri Stadium. The concert was a charity event to support refugees and those effected...

The Hot in Herre hitmaker was detained in Tennessee on Saturday (11Apr15) after a state trooper allegedly discovered illegal drugs and firearms on the star's tour bus during a traffic stop.

Nelly's lawyer Scott Rosenblum is adamant his client will not face felony drug charges because the rapper was one of 15 to 20 people who had access to the bus, insisting the star "will not be associated with the contraband".

The 40-year-old musician, real name Cornell Iral Haynes, Jr., has now spoken out about the incident and promised to be more conscientious about who he lets on his bus in future, telling TMZ.com, "I feel the need to take responsibility for my choices in needing to be more aware of all the people I associate with and allow onto my property (sic)... While my instinct of course, is to be accessible to my friends, fans and acquaintances, the last thing I would want to do is compromise the respect and admiration of my friends, family and fans."