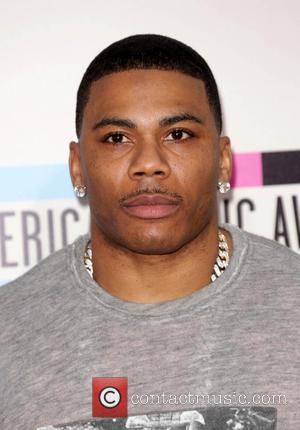 Rapper Nelly once forced 50 Cent to apologise to his then-girlfriend Ashanti after the R&B singer became caught up in the In Da Club hitmaker's feud with her label mate Ja Rule.

The G-Unit frontman fired a series of verbal shots at Ja Rule and his fellow Murder Inc. Records artists during their fall-out in the early 2000s, and Ashanti was mentioned in a number of diss tracks.

However, she received an apology from 50 Cent at the MTV Video Music Awards in Las Vegas in 2007, when Nelly helped to smooth over relations between the pair.

During a radio interview with America's DJ Whoo Kid, who is signed to G-Unit Records, she explained, "I would see 50 every now and again and I never had a problem. He didn't seem like he had a problem. But, the first time we kind of 'spoke' so to speak, we were at the Vmas in Vegas and Nelly was like, 'Yo, you need to apologise to my girl'.

"We were in front of everybody and, you know, 50 has a personality. He was like, 'Ashanti I'm sorry! I'm sorry, Ashanti!'"

Ashanti split from Nelly in early 2013 after several years of dating on and off.