Furtado came to fame in 2000 with the release of her debut album Whoa, Nelly!, which featured her breakthrough Grammy Award-winning single "I'm like a Bird".

In 2003, she released the less commercially successful Folklore (2003), but returned to prominence in 2006 with the release of the album Loose .

Childhood and youth: Nelly Furtado was born in the Canadian city of Victoria, British Columbia to Portuguese immigrants.

She began playing instruments at the age of nine, learning the trombone, ukulele and, in later years, the guitar and keyboards. At the age of twelve, she began writing songs, and as a teenager, she performed in a Portuguese marching band.

After graduating from school in 1996, she moved to Toronto. The following year, she formed Nelstar, a trip hop act, but left the group as it didn't represent her personality.

Life and Music career: In 1999, she landed a record deal with DreamWorks Records after recording some successful demos. Furtado's first single, "Party's Just Begun (Again)", was released that year on the Brokedown Palace: Music from the Original Motion Picture Soundtrack.

The album was an international success, supported by three singles: "I'm like a Bird", "Turn off the Light", and "...On the Radio (Remember the Days)". It received four Grammy Award nominations in 2002, and her debut single won for Best Female Pop Vocal Performance.

The album includes the single "Força" (meaning "strength" or "carry on" in Portuguese), the official anthem of the 2004 European Football Championship.

Furtado performed this song in Lisbon at the championship's final, in which the Portugal national team played.

Other singles included "Powerless (Say What You Want)" and the ballad "Try". The album was not as successful as her debut.

Primarily produced by Timbaland, it received generally positive reviews from critics, and became the most successful album of her career so far. It reached number one in several countries including the United States and Canada, and included the hit singles "Promiscuous", "Maneater", "Say It Right" and "All Good Things (Come to an End)".

In 2007, Furtado and Justin Timberlake were featured on Timbaland's single "Give It to Me", which became her third number-one single in the U.S. and second in the UK.

Personal life: On September 20th, 2003 in Toronto, Furtado gave birth to a daughter, Nevis, whose father is DJ Jasper Gahunia. Furtado and Gahunia, who had been good friends for several years, remained together for four years until their breakup in 2005.

In July 2007, it was reported that Nelly Furtado had got engaged to Cuban sound engineer, Demacio "Demo" Castellón, who worked with her on Loose.

Acting career: Furtado began acting in school plays in middle school but has since appeared on: an episode of CSI: NY ("Some Buried Bones"), soap opera One Life to Live and on an epidsode of Roswell.

In November 2006, Furtado revealed that she once turned down $500,000 to pose fully-clothed in Playboy.

Jennifer Lopez Serenades Tyrant - But She Ain't The First

Jennifer Lopez clearly made a huge error of judgement, though she's not the first pop star to play for a tyrant.

Jennifer Lopez has apologized for serenading the controversial Turkmenistan leader Gurbanguly Berdymukhamedov at his 56th birthday celebration. A concert put together on behalf of China National Petroleum Corp for entertainment executives working in Turkmenistan, according to a statement from Lopez's representative obtained by E! Online. 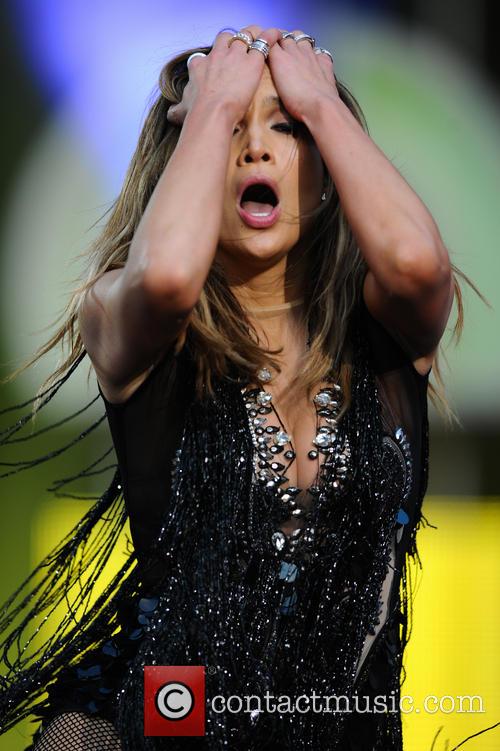 Jennifer Lopez Made A Huge Error Of Judgement

The issue here, of course, is that Mr Berdymukhamedov has an atrocious human rights record and has ruled the country with an iron fist for years - living in luxury while the vast majority of Turkemenistan's inhabitants have nothing. According to a statement by the Human Rights Foundation, he is ranked as one of the nine "worst of the worst" dictators on the planet, while Transparcency International ranks the country as a bottom-seven country in their Corruption Perception Index. Reporters Without Borders label Berdymukhamedov as a "predator of press freedom" and ranks Turkmenistan as the world's third-worst place for journalist, sitting uncomfortably between Syria, North Korea and Eritrea. The leader's 97% landslide in the recent election was apparently so fraudulent that the OSCE declined to even send observers to look over it. 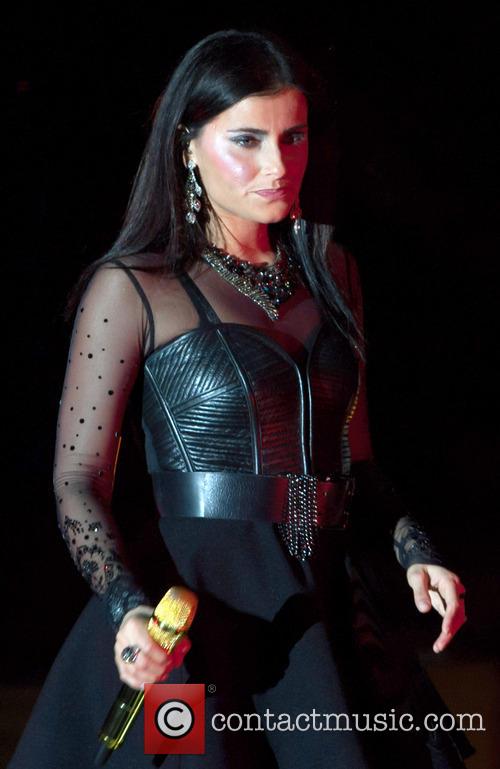 Nelly Furtado has certainly dipped her toe in plenty of different styles during her time in the music industry, and it’s as much thanks to the people she’s opened up to and worked with as it is her own eclectic tastes as an artist. True to form, her fifth album The Spirit Indestructible looks like it’s going to mark another change in direction for the 33 year-old Canadian, featuring as it does Nas on one track among other collaborators.

Talking to MTV, Furtado praised her producer Salaam Remi for his involvement in the album and said it was him who passed on her track Something to the rapper. “He loved it” she said of Nas’ reaction, before enthusing “It wasn't until I was finally sending in my liner notes to the label and handing in my lyrics that I had to ask Salaam for Nas' rap... It's one thing listening to Nas rap, but then when you see his words on paper, you really see what a poet he is. And I'm happy he's on the album."

With Passion Pit front man Michael Angelakos also involved in the project among others, Furtado admitted that she takes what she describes as a “buffet approach” to her albums. "I just kind of want it all on every album” she said, adding “I think this album is sort of a combination of all my sounds. I think this new album is totally spiritual in this really not obvious kind of way. I love songs that make you move your body, but sort of have a deeper meaning to them." 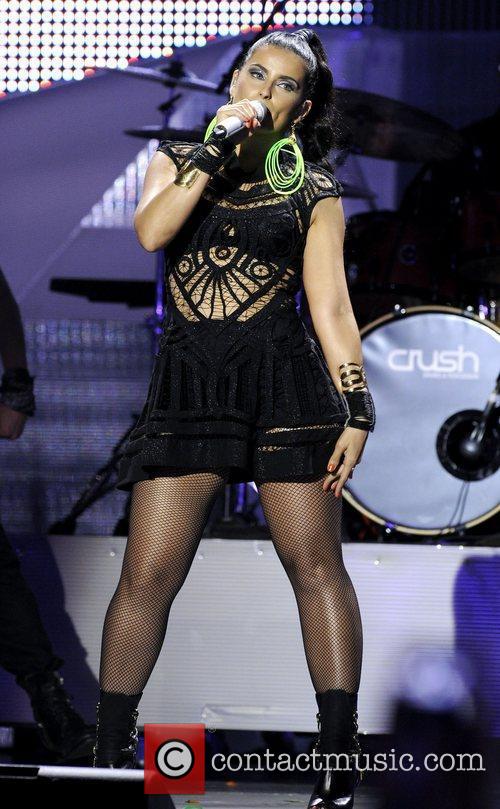 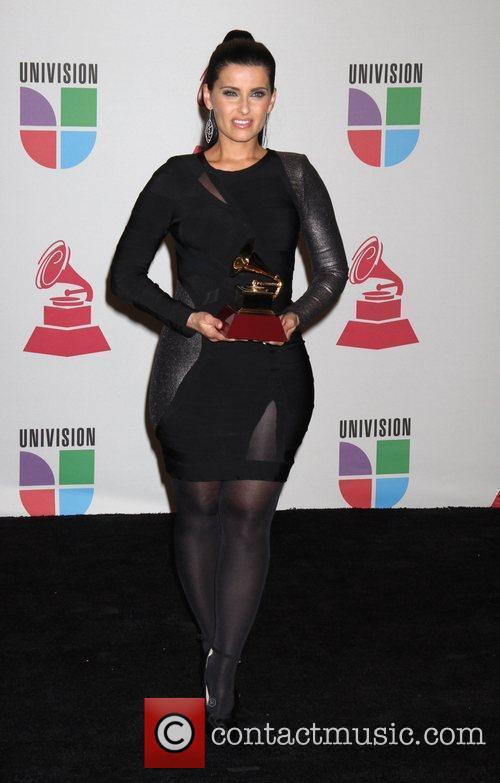 Nelly Furtado Tuesday 26th May 2009 appearing on the Canadian TV show 'Much On Demand' Toronto, Canada 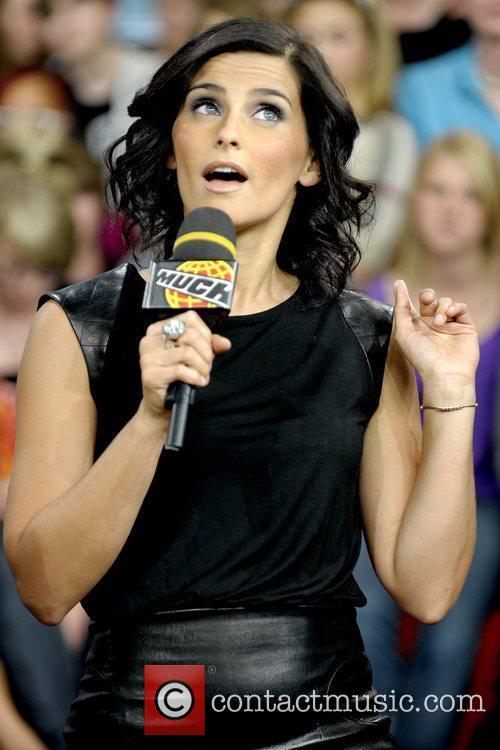 Nelly Furtado: Being A Mother Has Made My Music More Joyful

Nelly Furtado - Is Anybody Out There? (Behind The Scenes) Video

Nelly Furtado Wants To Quit Music After Every Album

Furtado And Timbaland Sued Over Song