Neil Young And Nils Lofgren Thrilled Fans At The Bridge School Benefit In Mountain View, California On Saturday (24oct15) When They Joined Forces To Perform A Song They Haven't Played Together Since 1991. 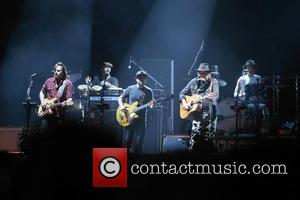 Young walked out onstage during Lofgren's fourth appearance at his charity festival and joined the guitarist for Grin track Believe to rapturous applause.

Bruce Springsteen's E Street Band sidekick first appeared on Young's 1970 album After the Gold Rush, when he was a teenager. The two old pals last performed Believe together in 1991.

Lofgren then joined Young and Promise of the Real on piano for their nine-song set.