The film is set to be released later this month.

Neil Young is set to release the soundtrack to the forthcoming Western movie 'Paradox' this Spring; a film in which he also stars opposite Willie Nelson and Promise of the Real, and sees Daryl Hannah in her directorial debut. Few details have been released, but it's set to premiere at SXSW. 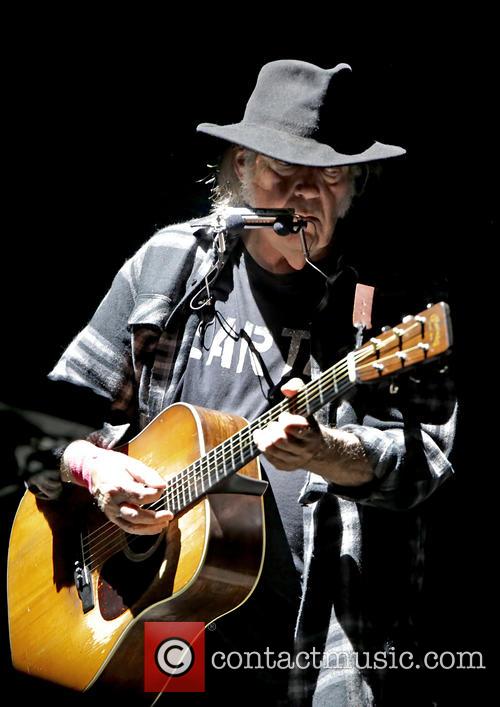 It certainly won't be the 72-year-old songwriter's first venture into acting, but it's his first into both acting and soundtrack-creating. The music also features his backing band from 'The Monsanto Years' tour, Promise of the Real, which is led by Willie Nelson's son Lukas Nelson.

The music also sees Neil Young performing in an orchestral capacity from the MGM Soundstage, as well as in collaboration with leading session musicians Jim Keltner and Paul Bushnell. He has also contributed under the pseudonym Joe Yankee, while Willie Nelson himself lends his voice to the narration on 'Many Moons Ago in the Future'. Nelson has also written the song 'Angel Flying Too Close to The Ground'.

Neil has not contributed to a soundtrack for a movie in which he appears on screen since Alan Rudolph's 1987 film 'Made in Heaven', where he played a truck driver. His character in 'Paradox' is just as anonymous, with the simple description of 'Man in the Black Hat'.

The movie is all about a group of outlaws hiding up in the mountains, digging for treasure by day and awaiting the full moon which has some kind of magical, musical and spiritual hold on them all. Director Daryl Hannah (best known for her acting roles in 'Sense8' and 'Kill Bill') has even been nominated for the SXSW Gamechanger Award ahead of the premiere at SXSW Film Festival on March 15th.

More: When Neil Young recorded an album in four days

The 'Paradox' soundtrack will be released on March 23rd 2018 through Reprise Records, with the movie getting wide release on Netflix on the same day.