Neil Young was ''curious'' about writing songs without having smoking marijuana or drinking alcohol first. 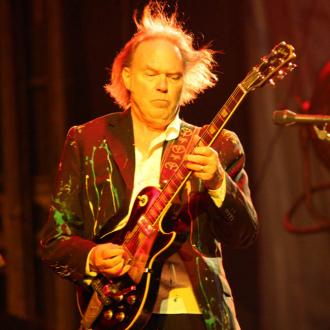 Neil Young was ''curious'' about writing songs without drugs or alcohol.

The legendary singer/songwriter gave up drinking and smoking cannabis last year, and initially wondered if he'd still be able to function as a songwriter without them.

Speaking about writing without being under the influence, he said: ''I was never really worried about it, other than I was curious about it, in a day-to-day way.

''I'd go, 'Wow, I've not written a song in a long time. This is very different.' I didn't know at the time what was going to happen so I was discovering it, and now I've discovered that it doesn't matter.''

The 'Heart of Gold' hitmaker has also written his memoirs, and admits he'd never had an urge to write them until he broke his foot and was unable to play live for a while.

He explained to The Guardian newspaper: ''When I broke my toe I was just sitting there going, 'What am I gonna do now? I thought: 'Why don't I just do that book?'

''It gives me relief, it gives me something else to do so that music doesn't wear me out, so that I don't wear the music out. Everything should be taken in its own dose. You don't want to OD on music and then the music loses its potency.

''If that's all I did, it wouldn't be as good. I think if you don't have some obsession in your life, you're dead.''