Writer Neil Gaiman Is Adamant Late Author Terry Pratchett Had Chosen A Different Ending For His Last Novel But He Died Before He Could Write It Down. 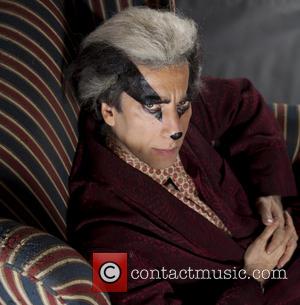 The sci-fi writer passed away in March (15) aged 66 after a long battle with Alzheimer's disease, and his last book, The Shepherd's Crown, the 41st installment in his Discworld series, was released posthumously this week (beg24Aug15).

It was said to be finished before his death, but Gaiman is adamant Pratchett wanted a different ending from the released version but he never wrote it in time.

Gaiman tells Britain's The Times newspaper, "This is still the saddest moment for me... when I talked to Terry about it there was one little beautiful twist that would have made people cry, but he never got to write it... He simply ran out of time. But if you are going to die mid-book, Terry did it as best you possibly can."

He also added Pratchett asked for any work-in-progress to be destroyed in the event of his death, telling Gaiman he wanted "whatever he was working on at the time of his death to be taken out along with his computers, to be put in the middle of a road and for a steamroller to steamroll over it".