Neil Gaiman (born 10.11.1960)
Neil Gaiman is the English author of graphic novels and science fiction and fantasy short stories. Among his best-known works are, Sandman, Coraline and The Graveyard Book.

Childhood: Neil Gaiman's family originate from Poland and he has a Jewish heritage. When his great-grandfather left Antwerp in 1914, he eventually settled in Portsmouth. His father, David, worked in the chain of grocery stores founded by his forbears and his mother, Sheila was a pharmacist. In 1965, the family moved to East Grinstead in West Sussex.

Gaiman's education took place in a number of schools, including Ardingly College and Whitgift School.

Career: As a child, Neil Gaiman became interested in the work of Edgar Allan Poe, C.S. Lewis and J.R.R. Tolkein. He pursued a career in journalism in the 1980s, in an attempt to gain the contacts that he would later need to get his work published. His first published piece of work came in 1984, when his short story 'Featherquest' appeared in Imagine Magazine.

Gaiman's first book was a biography of the band Duran Duran. This was followed by Ghastly Beyond Belief, a book of quotations compiled with Kim Newman.

In the late 1980s, Neil Gaiman wrote The Official Hitchhiker's Guide to the Galaxy Companion, a commentary to the series written by Douglas Adams. He would then go on to work with Terry Pratchett on the apocalyptic novel Good Omens.

Neil Gaiman then struck up a friendship with the graphic novel author Alan Moore and started writing his own comics, picking up the Marvelman series after Moore stepped down. Gaiman then went on to collaborate with Dave McKean on Violent Cases, Signal to Noise and The Tragical Comedy or Comical Tragedy of Mr. Punch. He also earned himself a job working for DC Comics, starting with the Black Orchid series.

When American Gods was released, it became one of Neil-Gaiman's best-selling books and won a number of awards.

The Graveyard Book is a children's book, inspired by Rudyard Kipling's The Jungle Book.

In 2009, Neil Gaiman wrote a two-part Batman story for DC Comics, entitled 'Whatever Happened to the Caped Crusader?' He also wrote a 12-page Metamorphos story for Wednesday Comics. The illustrations were undertaken by Mike Alldred.

Neil Gaiman co-wrote the script for the 2007 film Beowulf, which featured the voices of Angelina Jolie, Ray Winstone and Anthony Hopkins.

A number of Neil Gaiman's works have been translated into film form. Stardust was released in 2007 and starred Michelle Pfeiffer, Clare Danes and Robert De Niro. In February 2009, a stop-motion version of Coraline was released, featuring the voices of Dakota Fanning and Teri Hatcher. The style of the film has been compared to the work of Tim Burton.

Neil Gaiman's book, Death: The Cost Of Living has been ear-marked for a film adaptation for around a decade and in 2007 it was announced that Guillermo Del Toro would act as executive producer on the film, with Susan Montford and Don Murphy as producers.

Personal Life: Amanda Palmer and Neil Gaiman started dating after he created a book as a companion piece to her debut solo album, Who Killed Amanda Palmer? The book also features photography from Kyle Cassidy, another of Neil Gaiman's friends.

He also has a number of high profile friends, including the songwriter Thea Gilmore, the comedian Lenny Henry and the TV and radio presenter Jonathan Ross.

'Good Omens' will come to Amazon Prime Video in 2019, and author Neil Gaiman thinks there will be plenty of controversy surrounding the series.

Following the success of Starz original series 'American Gods', adapted from the critically-acclaimed Neil Gaiman novel of the same name, will come a television adaptation of his co-written novel 'Good Omens', which he authored alongside Terry Pratchett. Set to come to Amazon Prime Video next year, the series will see an array of religious imagery and characters brought to life, which is sure to bring controversy to the work. However, it's something Gaiman is well aware of, and is prepared for.

Neil Gaiman has some predictions about the response to 'Good Omens'

An incredible cast is coming together for 'Good Omens', with Jon Hamm, David Tennant, Michael Sheen, Adrian Arjona, and Nick Offerman amongst those bringing their skill to the show. Each have been in production with the series throughout the past 12 months or so, creating a six-episode series that is highly anticipated by huge fans, and those new to the story.

He'll work alongside the story's original author Neil Gaiman on the second season of the show.

Following the news that Bryan Fuller and Michael Green would not be returning as showrunners for the second season of 'American Gods', fans of the hit Starz series - based on Neil Gaiman's novel of the same name - have been wondering exactly who would step in to fill the void. We knew that Gaiman would be having a more hands-on role behind-the-scenes, but now it's been revealed that Jesse Alexander will be working alongside him.

Continue reading: Terry Pratchett's Unfinished Works Have Been Destroyed - Just How He Wanted

Gaiman has agreed to continue writing the TV adaptation, after receiving his late co-author’s blessing.

Neil Gaiman will be adapting Good Omens, the 1990 novel he co-authored with Terry Pratchett for television after all, after receiving his late friend’s blessing. Gaiman had initially started work on the project in 2011, but after Pratchett’s death in March 2015 fans were unsure if Good Omens would ever make it to the small screen.

Speaking at a memorial event for the author on Thursday (April 14) Gaiman revealed that one of Pratchett’s last requests to him was that he continue on with the adaptation. “Terry and I [initially] had a deal that we would only work on Good Omens things together,” Gaiman said.

The actor announced he’d pulled out of the project on Saturday.

Author Neil Gaiman has spoken out after actor Joseph Gordon-Levitt announced he’d departed the long-in-development adaptation of his book Sandman. Levitt announced his departure on Saturday, saying that he had come to realise that he and New Line didn't see eye to eye on the direction of the film. 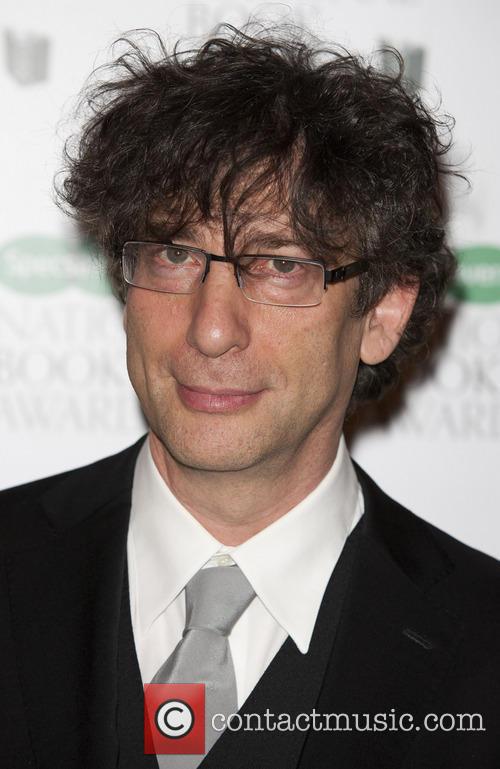 After retweeting Levitt’s original message, Gaiman wrote: ‘For the record, my respect for @hitRECordJoe, is undiminished. Getting to know him was the best bit of the last round. He's special.’

Neil Gaiman's 'American Gods' To Get Full Series At Starz

'American Gods' is heading to the small screen. 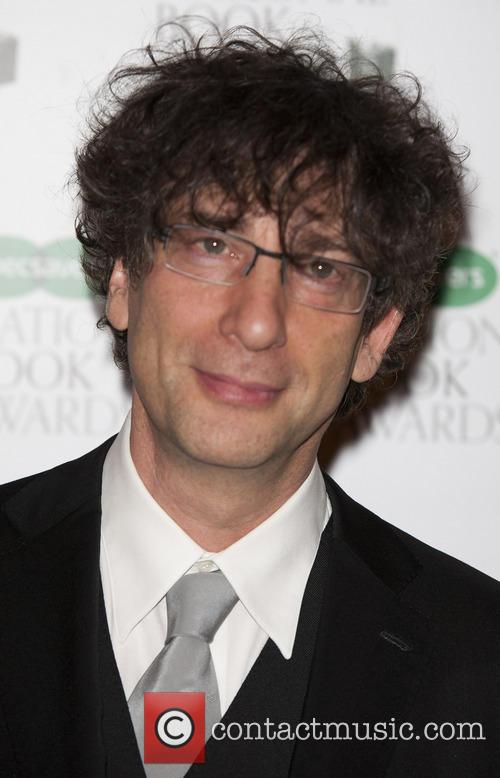 Neil Gaiman's American Gods is heading to the small screen

"I am thrilled, scared, delighted, nervous and a ball of glorious anticipation," said Gaiman in a statement. "The team that is going to bring the world of American Gods to the screen has been assembled like the master criminals in a caper movie: I'm relieved and confident that my baby is in good hands. Now we finally move to the exciting business that fans have been doing for the last dozen years: casting our Shadow, our Wednesday, our Laura."

The author's award-winning novel is in line for a television transformation.

Neil Gaiman's award-winning novel American Gods is going to be adapted for the small screen by FremantleMedia after cable company HBO dropped the series last November. The adaptation of Gaiman's fourth prose novel was in limbo for some time but it now looks like American Gods will hit the small screen after all, along with another of his novels, Anansi Boys.

Neil Gaiman Will See Two More Of His Books Taken To The Screen.

FremantleMedia, the company behind reality shows such as American Idol, announced the exciting news today: "Gaiman, the creator of the celebrated Sandman comic series, and the author of bestselling novels The Graveyard Book, Coraline and The Ocean at the End of the Lane, will executive produce the series along with FremantleMedia," via The Guardian.

It's not on HBO, but that hasn't stopped the train

For a while, it looked as though American Gods wouldn’t be coming to television sets at all, but a fresh deal with FreemantleMedia has made sure another of Neil Gaiman’s creations cross mediums from book to screen.

Joseph Gordon-Levitt To Produce, Direct And Star In 'Sandman' Movie

Joseph Gordon-Levitt looks to be taking charge of the Sandman movie at Warner Bros.

Joseph Gordon-Levitt is close to finalizing a deal to produce, direct and star in a Warner Bros movie adaptation of Neil Gaiman's comic book classic, Sandman. Gordon-Levitt made his feature directorial debut with the well-received Don Jon, though a Sandman movie would be far greater in scale. 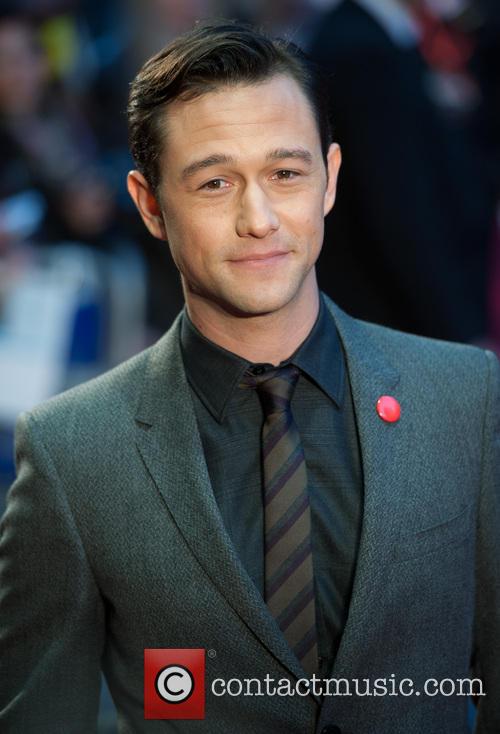 The comic book shifts between horror and fantasy and follows the central character Morpheus, the personification of dreams. After being held captive for 70 years, he escapes, gains revenge and attempts to rebuild his kingdom.

Neil Gaiman Returns With 'The Sandman: Overture,' The First Entry In 10 Years

10 years after Sandman wrapped up, it's back

After a 10-year hiatus, Neil Gaiman is back with his seminal graphic novel: The Sandman. Overture is a new mini-series from the acclaimed writer, and comes off the back of a mixed body of work following his departure from the franchise.

The first Sandman novel came out nearly 25 years ago, when comics weren’t part of mainstream culture. Many fans of the series would have been so in secret, and they, unbeknownst to themselves, waited for The Watchmen and The Dark Knight Rises to thrust the medium into the cultural continuum.

Since then, Gaiman has been involved in a number of projects, some popular, some not so much. But his Sandman series has always been heralded as one of the best graphic novels of all time, and, like the aforementioned titles, was one of the few novels of its kind featured in the New York Time’s Best Seller’s list. 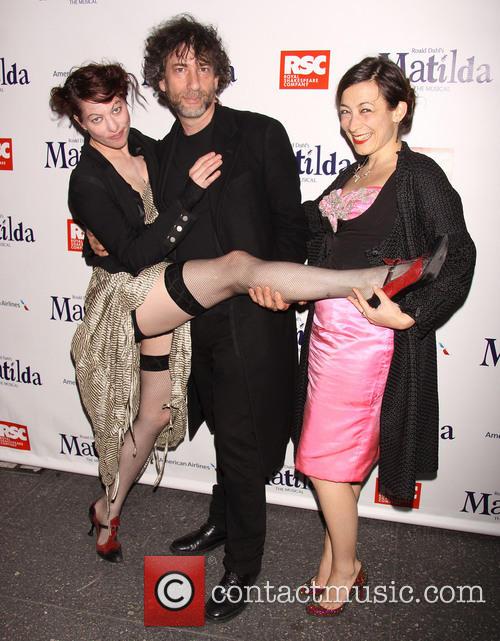