British Radio Veteran Neil Fox Has Been Slapped With A Further Six Charges Relating To Alleged Historic Sex Offences, Bringing The Total Counts Against Him To 15. 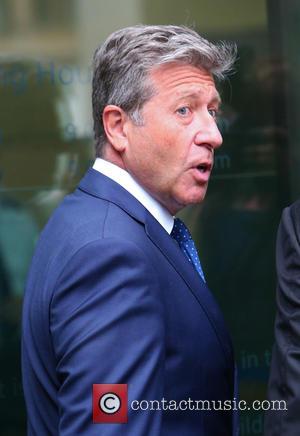 The 54 year old originally faced seven charges of indecent assault and two of sexual assault against six alleged victims; three adult women between 2003 and 2014, and three girls under the age of 16, between 1991 and 1996.

The DJ, who used the nickname Dr. Fox, appeared at London's Westminster Magistrates' Court on Friday (02Oct15), and was slapped with a further six counts of indecent assault.

The new charges relate to alleged incidents with three girls under 16 in 1987 and 1988, bringing the number of alleged victims to nine and total counts to 15.

Fox, who had previously pleaded not guilty to the initial charges, entered the same plea for the total 15.

He is due to stand trial for the original counts on 5 November (15). A court hearing will take place on 6 October (15) to plot a trial for the new charges.

Fox was released on bail on the condition he does not contact any of the alleged victims.

The star was one of the original judges on Simon Cowell's first TV singing contest Pop Idol, the forerunner to American Idol and The X Factor.

Fox appeared alongside Cowell on the panel for two seasons between 2001 and 2003.