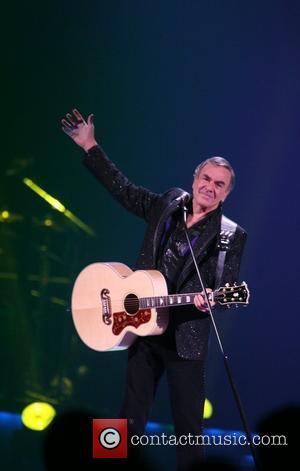 Newly engaged Neil Diamond is refusing to draw up a prenuptial agreement, insisting he wants to share "everything" with his fiancee.
The veteran singer took to his Twitter.com page earlier this month (Sep11) to announce he is to marry his girlfriend and co-manager Katie MCNeil.
But the Sweet Caroline crooner has no plans to draw up a contract to protect his finances before settling down with MCNeil, despite losing more than half his $320 million (£200 million) fortune after his second divorce in 1995.
He says, "I'm not going to insult her by asking her to sign a piece of paper. I want to share my life and everything."
Diamond was previously married to his high school sweetheart, teacher Jayne 'Posey' Posner, and went on to marry Marcia Murphey in 1969.