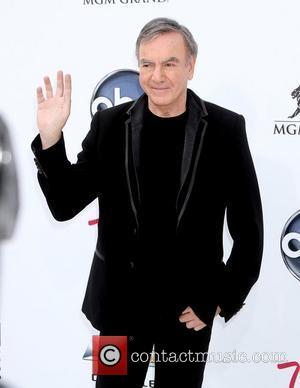 Veteran singer Neil Diamond was forced to go to the Billboard Music Awards without a date after his elderly mother fell ill.
The Sweet Caroline hitmaker was chosen to collect the prestigious Icon Award and he wanted to take his biggest fan, his mum Rose, with him to the Las Vegas ceremony.
But 92-year-old Rose was devastated when she caught a cold and her doctor advised her not to travel.
Diamond tells Britain's The One Show, "She loves it (my career). She's going on 93 and she absolutely loves it. She was very upset a few days ago when I went to Las Vegas to accept an award from Billboard and she couldn't come. Her doctor said, 'You can't come, Rose, because you've got a little cold and we don't want you on a plane.' She was very sad. She gets very excited about what I do."
Diamond has promised to make it up to his mum by taking her on a special mother-son trip to Sin City.
He adds, "I bought her a gift in Las Vegas and sent it back to her. She felt better and I said, 'Mom, when I get off the tour, I will take you down there. Just get over the cold and do whatever the doctor says!'"