Ne-Yo and his fiancee Monyetta Shaw named their son Mason Evan Smith because they wanted him to have a name that commanded respect. 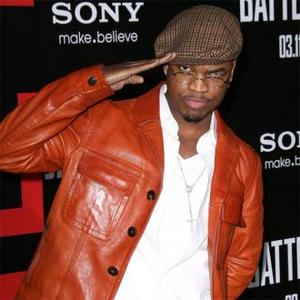 Ne-Yo chose his son's name because it will earn him respect when he is older.

The 'Beautiful Monster' singer and his fiancee Monyetta Shaw welcomed Mason Evan Smith into the world last October and he was determined for him to have a strong moniker which will serve him well in life.

Speaking at New York's Liberty Theater, where he launched Malibu Red with a private concert, he said: ''We needed him to have a name that felt like a gentleman, like somebody you have to respect. Mason Evan Smith, you have to respect that name.''

Ne-Yo and Monyetta also have a 16-month-old daughter Madilyn Grace together and although he has a career in showbusiness the musician will not pressure either of his kids to follow in his footsteps.

The 32-year-old star - real name Shaffer Chimere Smith - told People magazine: ''I'm not going to be that dude that predestines my children's future. I'm just going to do my best so that my daughter doesn't end up on a pole and my son doesn't end up on the corner. And whatever they do outside of that is pretty much their decision.''

Ne-Yo admits his hectic career means he has missed some key moments in his children's lives but he always gets to hear about their antics from boutique owner Monyetta.