Ne-Yo thinks a collaboration with Rihanna is long ''overdue''.

Ne-Yo thinks a collaboration with Rihanna is long ''overdue''.

The 37-year-old singer, who teamed up with the Bajan beauty in 2009 on the track 'Hate That I Love You', has admitted he is desperate to work with the 'Work' hitmaker on another hit record in the near future.

Speaking to the Metro newspaper about the 28-year-old songstress, he said: ''We've been moving opposite directions - not with animosity or anything like that.

''The chemistry between me and Rihanna is on record. I feel like we're overdue.''

And Ne-Yo - whose real name is Shaffer Chimere Smith - has revealed he would also love to record a single with Adele.

He explained: ''I've always felt if me and Adele could get in a studio we would create some magic.

This news comes after the 'So Sick' hitmaker admitted he prefers British acts because they are focused on the ''artistry'' of the music.

Speaking previously, he said: ''It seems like over there the focus is on the music and the artistry.

''Whereas [in America] we kind of get caught up more a little bit in the controversy, the scandal, the back story, the imaging and all of that.'' 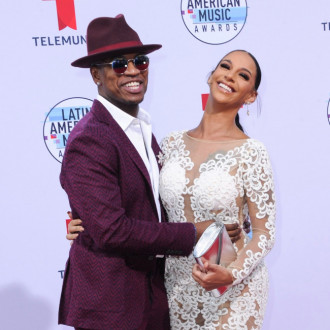