R&b Star Ne-Yo Is Clearing Up Reports Suggesting He Has Wed His Pregnant Partner Crystal Renay, Insisting The Couple Is Simply Engaged. 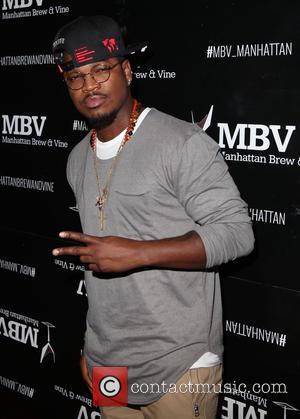 The Sexy Love hitmaker broke the news of his impending fatherhood to fans on Instagram.com on Sunday (30Aug15), while the mother-to-be also shared the news on her social media page.

She also hinted that rumours suggesting the couple has secretly exchanged vows were true by posting a photo of Ne-Yo resting his head on her chest, along with the caption, "Rest your soul chocolate, I'm watching over your heart now".

However, on Monday (31Aug15), Ne-Yo took to Twitter.com to clarify the announcement, writing, "Clearing the [email protected] and I are ENGAGED to be married next year. And yes we are expecting."

He then went on to dismiss allegations suggesting he forced his ex-fiancee Monyetta Shaw to have her Fallopian tubes tied following the births of their four-year-old daughter Madilyn and three-year-old son Mason, after his new baby news prompted some fans to hit out at the singer.

Responding to the controversy, he tweeted, "I didn't force Mo to tie her tubes. Mutual decision. And the procedure is reversible. #SheCanHaveKids (sic)"

He added, "I'm aware I don't have to explain anything. I did it for my fans, my supporters. No BS (bulls**t) and lies. #FromTheHorsesMouth (sic)".