Madonna Concert Censored In The Us 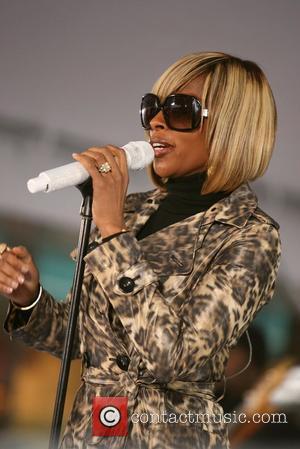 Bosses at US TV network NBC have elected to cut controversial crucifixion footage from Madonna's concert special when it airs next month (NOV06). The TV executives have chosen not to air footage of Madonna recreating the dying pose of Jesus Christ on the cross while performing LIVE TO TELL - an image which disgusted religious leaders around the world and led to protests outside venues on the MATERIAL GIRL's recent Confessions tour. An NBC spokesperson says the decision to delete the footage was made in collaboration with Madonna, who is an executive producer of the special. Last month (SEPT06), the New York Daily News reported that the crucifixion scene, which has sparked outrage among religious leaders, might cause the network to cancel the planned special. The HUNG UP singer has defended the crucifixion scene as part of her appeal to audiences to donate to AIDS charities. As soon as plans to broadcast the concert were made public, the network began receiving criticism from several family and religious groups. The American Family Association has been one of the most vocal groups against airing the special and even threatened to have its members boycott companies that ran commercials during the show. The two-hour concert, MADONNA: THE CONFESSIONS TOUR - LIVE FROM LONDON, is scheduled to air 22 November (06).