In February the television journalist revealed he was diagnosed with multiple myeloma in August 2013, and was undergoing treatment for the illness.

Former longtime NBC news anchor Tom Brokaw delivered some very good news when he recently gave an update on his health. The 74-year-old journalist, who as diagnosed with a type of cancer affecting blood cells in the bone marrow, is now in remission. 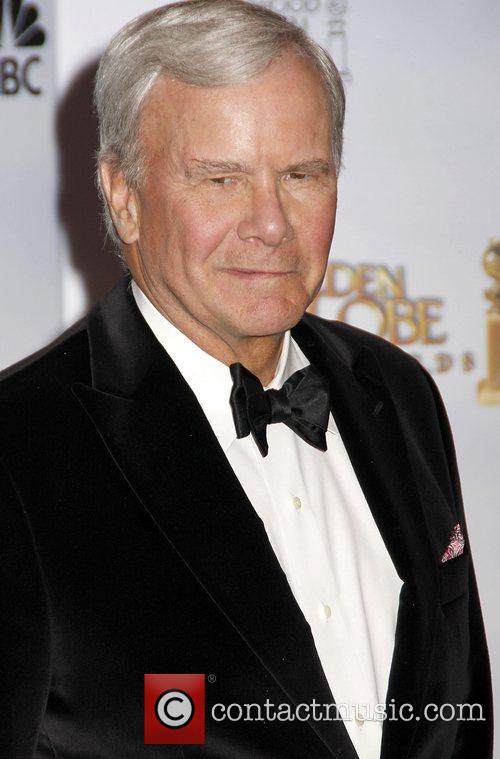 In February Brokaw revealed he was diagnosed with multiple myeloma in August 2013, and was undergoing treatment, but fortunately on Sunday (Dec 21st) NBC News posted a letter he wrote that was headed with "The cancer is in remission."

"A year ago, my future was more uncertain than I cared to acknowledge but now I face the New Year with very encouraging news," he wrote. "The cancer is in remission and I will shortly go on a drug maintenance regimen to keep it there."

Earlier last week Brokaw, who has been working for NBC News since 1966, was part of a Presidential delegation sent to attend a ceremony in Belgium commemorating the 70th anniversary of the Battle of the Bulge, in which soldiers from the United States and its allies fought off Nazi troops the Ardennes Forest region of the country and Luxembourg.

"Last weekend I was reminded of how fortunate we all are and whatever challenges I faced were footnotes compared to the men I was with," Brokaw continued in his letter.

"One Airborne old timer kept struggling to lift himself out of his wheelchair when the occasion called for a salute. I finally whispered to him, 'Stay seated. No one will give you KP for not standing.' We both had a good laugh.'" he said. "I flew home reflecting again on how lucky we are that generation gave us the lives we have today-how my last year was a challenge but I was meeting it in world class hospitals with brilliant physicians, not in a foxhole in the Ardennes."

The television journalist who has been working as a special correspondent for the network since he retired from the anchor chair in 2004, has continued to work on NBC projects despite battling with the illness.