Zayn Malik's Plans To Record A Song For A Bollywood Movie Have Vanished After He Fell Out With His Collaborator Naughty Boy. 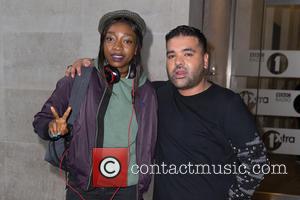 The former One Direction star worked with the British producer on a number of projects until July (15), when a video of Zayn's unreleased solo material leaked online.

The incident prompted the singer to publicly terminate their friendship on Twitter.com.

Naughty Boy, real name Shahid Khan, had been planning to team up with Zayn to record a song for a Bollywood blockbuster featuring one of India's top stars, Shah Rukh Khan.

However, he has now revealed the idea fell by the wayside following the spat.

"I just remember thinking: 'I'm actually watching this movie with someone in the business, someone who gets it...' And I thought, 'This is cool'...

"I got approached by Shah Rukh Khan earlier this year. He's doing (new movie) Dilwale 2. Yeah, I feel bad (the planned collaboration is no longer happening). But since me and Zayn fell out, my heart isn't really in it."

Naughty Boy goes on to insist he has no plans to mend the rift with Zayn.

"I don't think now's the time," he concedes.

However, he is still full of praise for his former friend: "I think Zayn's incredibly talented and his voice is amazing and the world doesn't know that yet."