Naughty Boy 'sad' this generation won't have a Whitney Houston

Naughty Boy thinks it's ''sad'' that the current young generation won't get their own Whitney Houston and insists ''musicians need to fix up''. 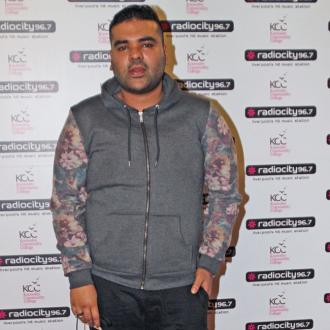 Naughty Boy is ''sad'' the current young generation doesn't have their own Whitney Houston or Lauryn Hill.

The 'La La La' creator is inspired by both Whitney - who died aged just 48 in 2012 - and the former Fugees star and hopes a new female singer steps up to match their music.

The post on Twitter read: ''It's sad that this generation won't here a Whitney Houston or a Lauryn hill us musicians need to fix up. (sic)''

Whitney was only 22 when she had her first number one and a flurry of hits followed.

The 'I Will Always Love You' singer sold approximately 200 million records worldwide during her illustrious three-decade career .

Her voice will always be an iconic powerhouse filled with elegance. Her classics include 'Saving All My Love For You,' ''I Will Always Love You,'' and 'The Greatest Love of All'.

The rapper who featured Sam Smith on his song 'La La La' gave us our first taste of the 'Lay Me Down' singer, but he still thinks young music lovers are missing new songs from Lauryn who Sam and Naughty Boy are both inspired by.

The former 'Killing Me Softly' singer suffered from the pressures of being in the public eye while she was in her band The Fugees and she hasn't released an album of new material since her 1998 solo record 'The Miseducation of Lauryn Hill'.

Meanwhile, Naughty Boy has been supporting Zayn Malik since the pop star quit One Direction and has been giving ''friend'' some advice.

The producer said: ''I've been his friend. He needs one. Just because we were seen at my studio - you (don't) necessarily just make music. People seem to forget that he's under so much stress. Which is why he left the tour. There's a lot going on. People get caught up - what he has done is to be normal. Sometimes being normal is to try and sort things out with your fiancée or hang around with a friend. That is normal.''