The author wins the award for fiction for his slavery novel.

New York author Colson Whitehead has landed National Book Award for fiction for his incredible sixth novel 'The Underground Railroad'; a best-selling story about slavery and racism in Georgia. During such a time of division and conflict in America, it seems like an appropriate choice. 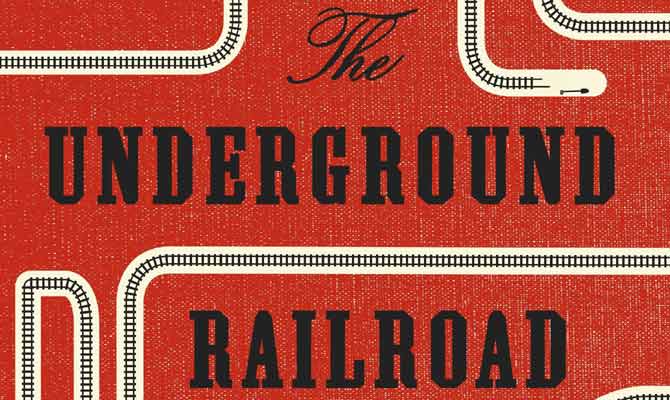 'The Underground Railroad' is certainly a poignany story about two black slaves named Cora and Caesar, who decide to make a run from their captors on the Georgia plantations and embark on a journey north following the Underground Railroad. During his acceptance speech, Whitehead addressed the current electorial situation.

'We're happy in here; outside is the blasted hellhole wasteland of Trumpland', he said. 'Be kind to everybody, make art and fight the power.'

Not only did 'The Underground Railroad' become a best-seller and almost reach the kind of status of his 1999 debut 'The Intuitionist', but it was also a favourite of Oprah Winfrey's, who chose it for Oprah's Book Club 2.0, and of President Barack Obama, who revealed that it was one of only five books on his 'summer vacation reading list'.

The National Book Award's decision marked a similar move to this year's Man Booker Prize, which was awarded to Paul Beatty earlier this year for his novel 'The Sellout'; a book which also explores the topic of racism and slavery.

Another big winner was Ibram X. Kendi, who took home the non-fiction award for a book with the same sentiments: 'Stamped From the Beginning: The Definitive History of Racist Ideas in America'. 'In the midst of the human ugliness of racism, there was the human beauty', he remarked during his acceptance speech. 'There is the human beauty in the resistance to racism.'