Nathan Followill says breaking his ribs in a road accident has left him in so much pain it feels ''close'' to death.

Nathan Followill feels ''close'' to death after breaking his ribs.

The Kings Of Leon drummer was hospitalised when the group's tour bus was forced to make an emergency stop when a pedestrian jumped in front of the vehicle and he admits the injury has left him in a lot of pain.

Alongside a photograph of himself in his hospital bed with one thumb up and one down, he wrote: ''Saw a tweet that said I had died. Not quite, but it feels close. Who knew that you use your ribs for EVERYTHING. (sic)''

The 'Sex on Fire' rocker - who has 20-month-old daughter Violet with wife Jessie Baylin - went on to thank fans for their messages of support.

He wrote: ''Thanks again for all of the well wishes. Best family, friends & fans in the whole wide world.(Sic)''

As a result of the 35-year-old musician's injury, the group were forced to postpone a show in New York on Sunday (10.08.14). Fans have been offered refunds. 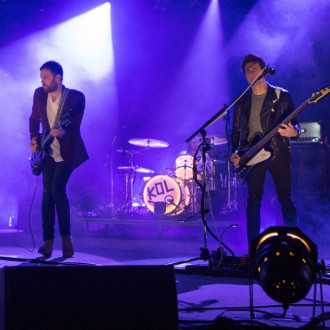